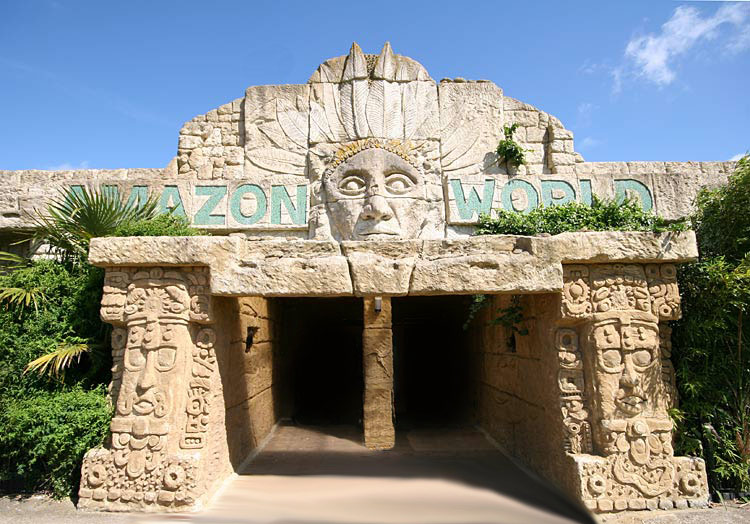 Just rolled off the ferry? Listen very carefully and you might be able to hear growls, roars, chirps and hoots. That’s Amazon World calling – a unique wildlife experience where you can find African meerkats, South American capybara and Asian red pandas all in the same place – and one of the Island’s top-rated attractions! What’s more, it turns 30 this year…

Heading through the gates and into the park you might be lucky enough to meet the Isle of Wight’s very own David Attenborough – Amazon World’s head honcho, Derek Curtis. He’s an expert on exotic mammals, building the attraction from scratch with his drive and determination; and assembling an unrivalled collection of rare and endangered creatures – some you won’t see anywhere else in the UK! Today, a trip around the site will bring you face to face with everything from armadillos and anteaters to red ruffed lemurs, many of which are part of important breeding programmes to help protect their species from extinction.

For Derek, the spark that really kick-started his passion for preservation came when he ventured over to the Amazon Basin in the early 1990s. He saw first-hand the true impact that deforestation and destruction of the rainforest were having on the wildlife and the indigenous people who lived there. He returned home with a mission: to make people aware of how close to extinction some of these plants and animals really were – as well as making sure Amazon World was at the forefront of conservation efforts. Now a slice of rainforest has been recreated here on the Isle of Wight, with exotic birds flying freely and rare animals such as the South American tapir waiting to meet the attraction’s friendly visitors in the daily Meet the Animal sessions.

The pandemic gave Amazon World some much-needed breathing space – and a chance to come back bigger and better, just in time for its 30th anniversary! New features for 2022 include a museum complete with Dinosaur Dig and a three-storey Monkey Madness soft play area (the largest on the Island by far!). Also pencilled in for a grand unveiling at Easter is a new Go-Kart Safari which will weave its way through twists and turns alongside the much-loved lemur enclosure. There’s good news for the animals too – as behind the scenes a state-of-the-art animal operating theatre has been constructed, meaning that any animals in need of some TLC can be treated by a vet in the comfort of their own home!

So, if you want to know your white-fronted marmoset from your black howler monkey, have a great day out with the family, learn something new and support important conservation work at the same time – then don’t forget to add Amazon World to your next Isle of Wight itinerary.