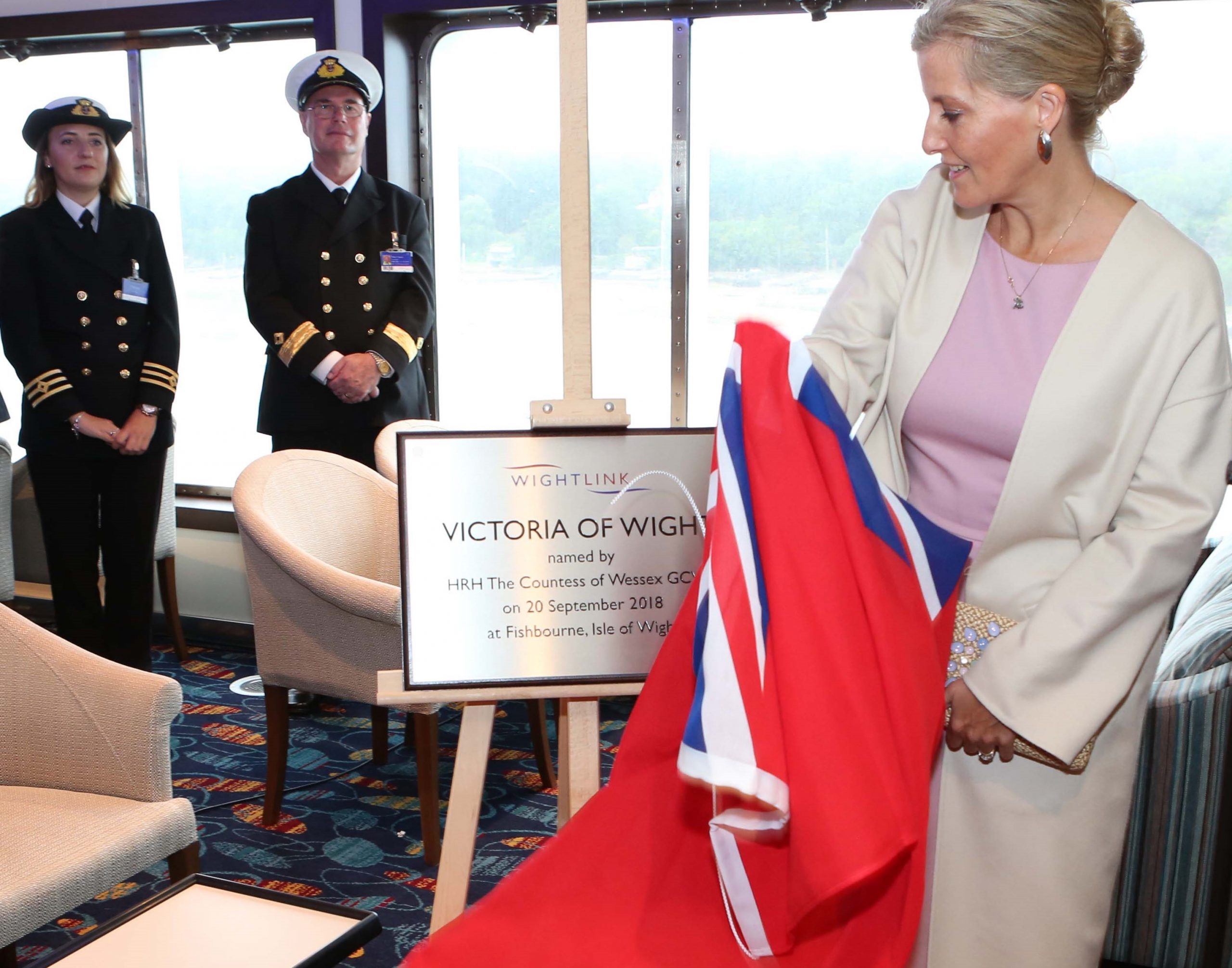 Behind the scenes: Celebrating women in shipping

We’re giving you a glimpse behind the scenes for International Women’s Day – a global day celebrating the social, economic, cultural and political achievements of women. We caught up with Patrycja Jaromirska, Chief Officer on Wightlink’s Portsmouth-Fishbourne route.

Why did you want to have a career at sea?

“Since childhood I’ve been always surrounded by water: rivers, lakes and sea. My family members work in the shipyards, so I used to always listen to “ship talks”. It’s a very secure and technical job with lots of challenges and opportunities to either work at sea or ashore. No two days are ever the same.”

What have been the highlights so far?

“I guess travelling around the world and not having to spend a penny on flight tickets! Sailing from -30*C Montreal to +30*C Fortaleza in Brazil was quite insane. Sunsets at sea are the prettiest and to die for! Also, people who work at sea are super friendly and I’ve met some special people during my sea career. And of course, my first shift as a Master is one I’ll never forget!”

Would you advise other young women to think about a career with the Merchant Navy?

“I definitely would! It’s very challenging but also very rewarding job. It’s still very male dominant profession but looking around social media I can see a lot of female officers, especially on the cruise ships. I know that every year we gain more and more girls on ships due to promoting women at sea by International Maritime Organisation, unions and social media.”

“It’s a lot of responsibility and you only feel it when you put “four stripes” on your shoulders. I am in charge of the whole ship, crew and passengers but there is many other crew members behind the scenes: on the deck, in the engine room and passenger areas which make sure we are all safe and we can all rely on each other’s professional knowledge and support. That’s why it’s an enjoyable place to work with all the great crews in my company.”

What are you doing at the refit of Victoria of Wight?

“I’m making sure all of our navigational equipment, life-saving appliances and fire-fighting equipment are being serviced and are compliant with regulations. I carry out surveys with MCA and classification society to verify that our ship is following all the rules and regulations and obtains its annual certifications making her ready for another year of safe passages for our customers. I’m also one of the safety officers, so I am in charge of issuing the permits to work for any contractors or ship crew working on board. In any spare minute I try to help my deck crew by grabbing a paint roller and carrying out painting and maintenance of the car and passenger decks.”

Why did you want to get involved with the refit?

“I love to see the ship out of the water. I can see things which are normally only shown on the technical drawings or photos from previous dockings. I am also involved in many operations which are only done during the dry dock time. I can learn so much more in detail about the ship and see all the different compartments being opened when they normally stay closed throughout the year.”

Is it unusual for woman officers/crew to take part in refit?

“Unfortunately I haven’t seen many women in the docks over the years but I’ve spotted a few female contractors this year working on the engines which put a smile on my face! I do see my female friends’ photos on social media from refits so I guess there must be few of us around the world taking part in the refits.”

You’ve been a key member of the Victoria of Wight crew ever since she came into service – do you consider her to be ‘your’ ship?

“I definitely do! She is my favourite ship since I’ve started my career at sea and I have also had my first shift as Master on her so she has a special place in my heart. Plus during the refit, I can make sure she is as pretty as she can be! She is very modern and it’s a pleasure to work on a ship with such a well-designed bridge and steering joysticks which make life easier during manoeuvring in the harbours.”

You can learn more about International Women’s Day on the official website.