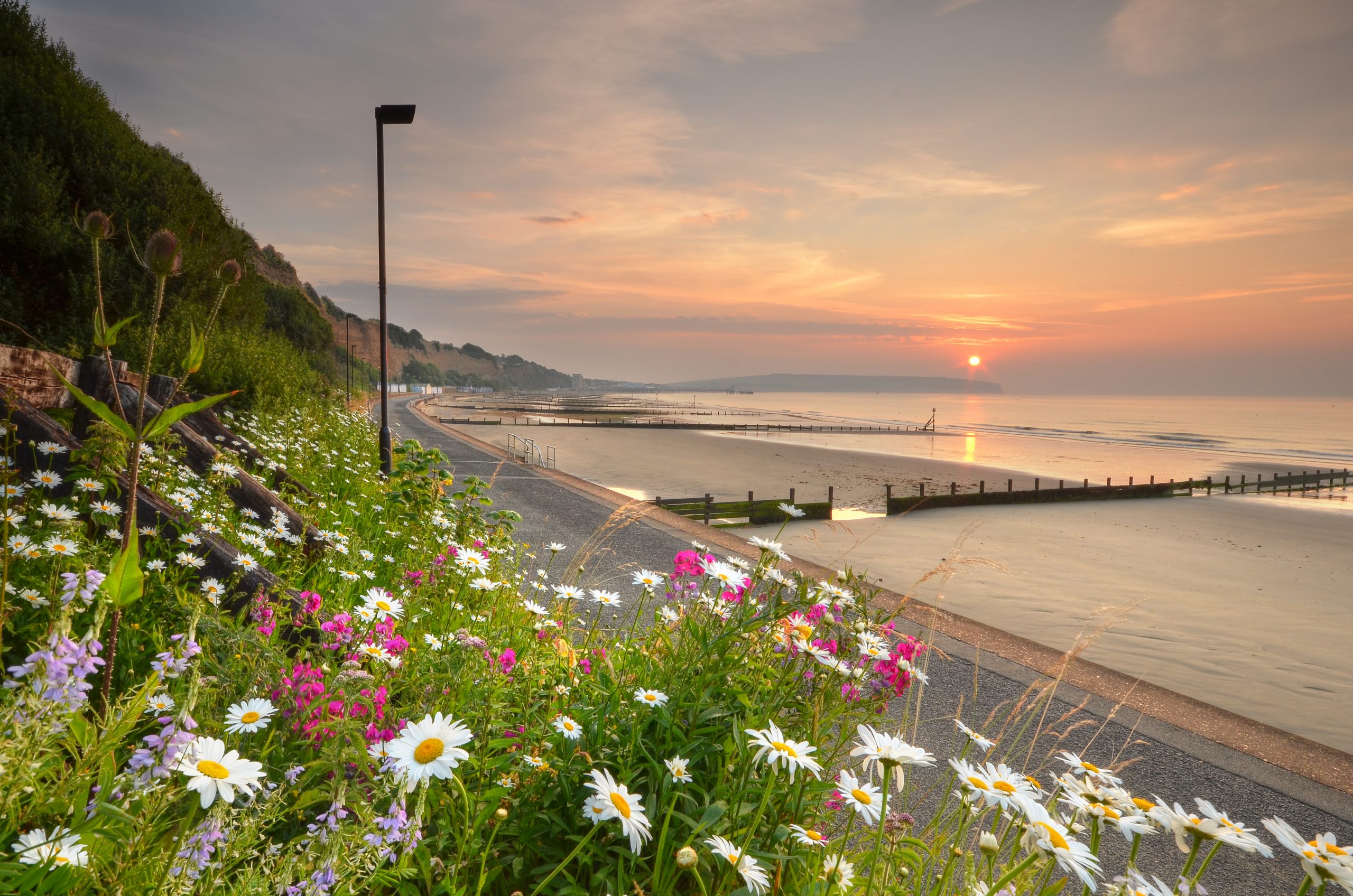 Getting away in the springtime can really lift your spirits. The Isle of Wight is bursting with life at this time of year and can make a great countryside escape. Take a look at our top things to do on the Island this spring…

Osborne gives a poignant glimpse into the life of Queen Victoria – who sparked the world’s love affair with the Isle of Wight when she made it her holiday home.  Take in the opulent state rooms with gleaming gold furniture where the Queen entertained her important guests and the exquisite banqueting hall. The Durbar Room, Long Corridor and Yellow Drawing Room were all used as film sets for the movie Victoria and Abdul

Then make sure you wander the manicured gardens before exploring the Swiss Cottage children’s playhouse and their museum. Wander further still and you’ll come to Osborne’s private beach where you can enjoy a Minghella ice cream, made here on the island, paddle, swim, and be amused by the solemnity of Queen Victoria’s bathing machine.

Learn to sail in one of the world’s most famous sailing areas, experiencing a wide range of conditions out on the Solent. Tuition is available for everyone from absolute beginners to those who need a refresher before getting back on the ocean wave.

Try UKSA, a leading maritime training provider based in Cowes that takes full advantage of having one of the world’s most challenging stretches of water right on its doorstep. At one end of the spectrum they run courses for the casual sailor brushing up on their skills and children trying watersports for the first time. At the other they offer dinghy and keelboat sailing, to yachting in which you can take skippering, yachtmaster and cruising qualifications.

Get back to nature

Pay a visit to Newtown National Nature Reserve and stroll through the varied habitats. Woods and meadows take you to the edge of the estuary where you can see a network of secluded creeks and waterways. This tranquil nature reserve boasts one of the best wildflower meadows on the Island, too.

Newtown has great opportunities for bird watching; the bird hides provide are a great place to get close to the many species found here and volunteers at Seabroke hide can help you identify them.

Soak up some culture

The Isle of Wight Literary Heroes Trail is a great place to start your cultural journey. It’ll take you to some fascinating places across the Island, introducing you to some of the wonderful sights and scenes which influenced some of the great literary heroes.

The Isle of Wight’s downs and woodland are bursting with bluebells from the end of April to the beginning of May – so don’t miss your chance see this beautiful sprinkling of blue.  Just make sure you stick to the paths and protect this fragile flower.

The best locations include the woodland floor of Borthwood Copse, on the downs above Ventnor, on St Catherine’s Down and at Mottistone Gardens.

Strap on your walking boots

We have more than 500 miles of public footpaths – not bad for a place that’s only 23 miles by 13 in size. You can walk round the entire coast of the Isle of Wight if you have the time.

Or go walking with gangsters – the Jail Trail takes you to Parkhurst Prison, former home to the notorious Kray Twins, as well as Carisbrooke Castle, in which King Charles 1 was incarcerated before being sentenced to death.

Savour some spectacular views and learn more about the story of the real War Horse on the Warrior Trail, a six-mile circular walk. It celebrates General Jack Seely and his steed, Warrior, dubbed the ‘horse the Germans could not kill’ after he survived some of the First World War’s bloodiest conflicts. The trail follows much of the route where Warrior was once exercised, running from Carisbrooke Castle to the beach at Brook Bay, where he learned to confront the dangers of battle in the surf there.

The Tennyson Trail is one of the island’s best-loved walks, a 14-miler from Carisbrooke to The Needles and partly follows the route of Alfred Lord Tennyson’s daily stroll, which inspired some of his best-loved poems.

Be inspired! See the Island in the Spring

ℹ️ Visiting at a different time of year? Find out what else you can do during your time on the Isle of Wight on our Things to Do web pages.