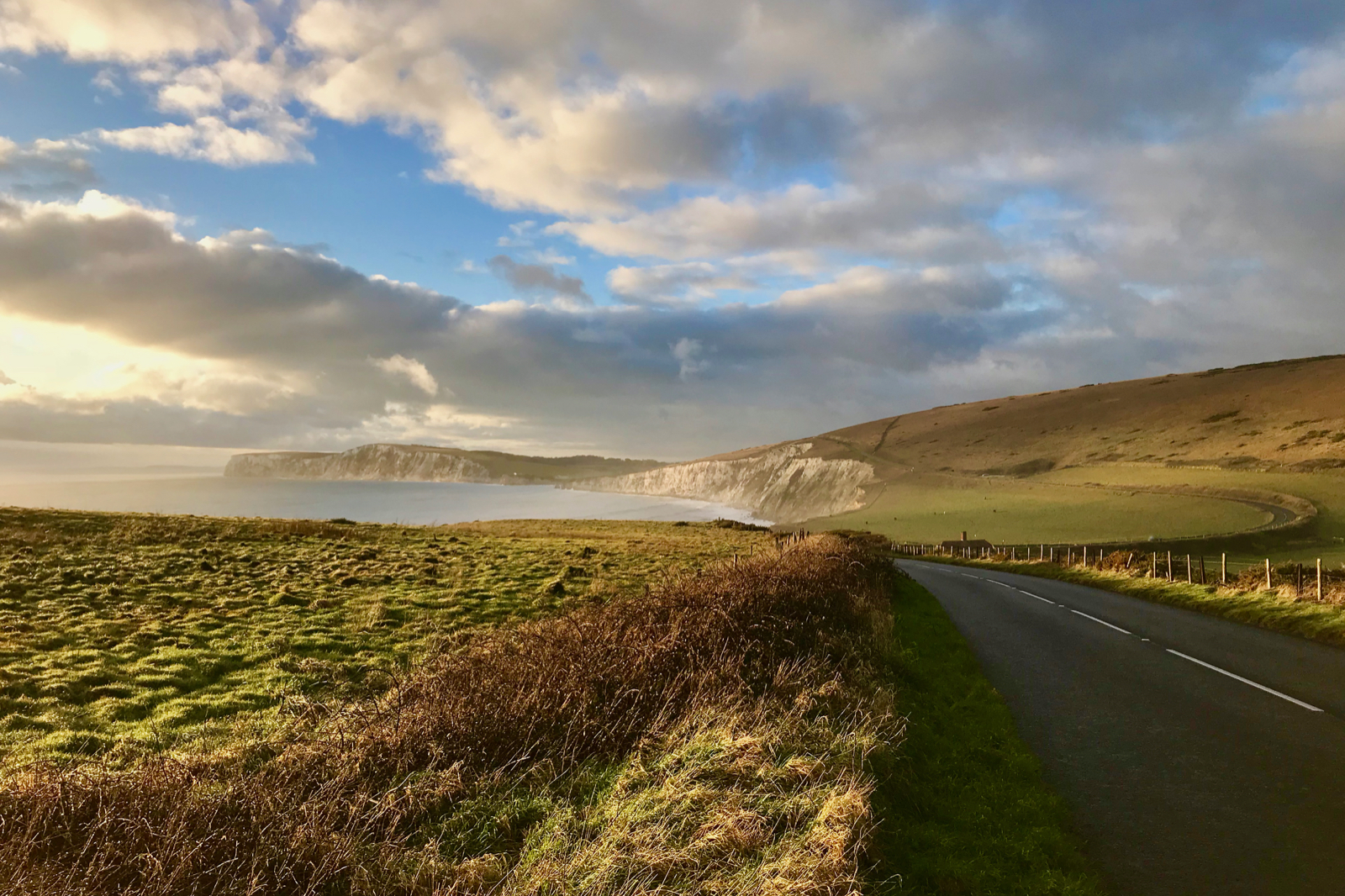 The final stage of the 2022 Tour of Britain on Sunday 11th September will be an incredible spectacle: a showdown of champions on cliff-like climbs, hair-raising descents and stunning seaside roads. The Tour of Britain 2022 finale is coming to our own beautiful Isle of Wight. It is going to be magnificent.

In this blog post, local cyclist Tim Wiggins looks at the route of the Isle of Wight stage of the 2022 Tour of Britain. His local knowledge of the roads, climbs, and weather will help guide you to the best spots to watch the action; whilst his knowledge of the best cafés and pubs on the Island will help you to stay refreshed and make the most of your day watching this unique event.

The Tour of Britain is an eight day stage race, with stages spread across mainland Britain. The opening stage of 2022 starts from Aberdeen in Scotland, then each subsequent stage is progressively further south; until eventually the final ‘Stage 8’ begins in Ryde on the Isle of Wight.

Over the course of the preceding seven days, before their arrival on the Island, the professional peloton will race through natural spectacles such as the Cairngorm Mountains, the North York Moors, the hills of Gloucestershire, and the coastline of Dorset.

By the time their tyres roll out onto the Isle of Wight roads, the riders will have tired legs and weathered faces; but the Isle of Wight is presenting its very best in natural challenges and backdrops: this is set to be the most exciting stage of all…

The Route – Isle of Wight Stage 8, Tour of Britain

The route begins on Ryde Esplanade seafront, at the foot of Ryde Pier; making the Wightlink FastCat the perfect means of travel for day-trippers looking to come over from the mainland to witness the departure.

From Ryde, the peloton will have little time to warm up before they begin the rolling roads of the Isle of Wight Randonnée route that will take them eastwards and then south; through the villages of Nettlestone, St Helens and Bembridge. The first 19 kilometres are unlikely to bring too many fireworks, but it will be impressive none-the-less, to see the peloton and cavalry roll through these quaint seaside villages.

At 20 kilometres things begin to heat up. At Yarbridge Crossroads the riders will begin their first big ascent of the day: up Bulley’s Hill onto Brading Down. This climb reaches gradients of more than 10% for prolonged periods, and it is often into a westerly prevailing wind. As the riders crest the summit at the Seamark and then head onwards towards Newport, we could see a decisive break in the peloton.

It will be a fast descent down from the top of Arreton Down, through Merstone and Rookley, before looping up over Chillerton and turning west.

The route passes through the West Wight villages of Shorwell, Brighstone and Brook; before making the ascent of Brook Shute and the descent down to the Middle Road.

Just before turning onto the Middle Road at Chessell, the peloton passes the fantastic Chessell Pottery Café – that has played host to many great Island cycling events in recent years.

It will be a fast run-in from Chessell along the Middle Road to Freshwater before the peloton turns back eastward at the 60-kilometre mark. Through Yarmouth, the peloton will then take the main road to Shalfleet. The following section through Newtown and Porchfield is another part of the Isle of Wight Randonnée route, and a picturesque sequence of roads around the National Trust nature reserves that surround Newtown Creek.

As the peloton nears Cowes, they will have a few short technical descents to navigate as they pass through Gurnard; before emerging onto Cowes Esplanade – making for a spectacular backdrop as they ride along the seafront with the Solent in the background.

The main road then takes the riders from Cowes into Newport, via a short loop of Gunville. The section through the town centre will pose a terrific opportunity for spectators to watch from the fantastic cafes and bars in the centre.

From Newport, it is back through Rookley, and then the rolling road all the way through Godshill to Shanklin.

The climb up Cowlease Hill from Shanklin Old Village is a monumental effort; with riders gaining 100 metres of elevation from the foot to the summit. This substantial hurdle could see the peloton divide, especially as it comes after 110 kilometres of racing.

The road from the top of Cowlease Hill through to Ventnor is far from flat, either. The descents and inclines come thick and fast; the worst of which is undoubtedly the climb back out of Ventnor and onto the Whitwell Road. Any breakaway up Cowlease will need to have strong legs to stay away through this undulating territory.

Things don’t ease up as the peloton progresses through Whitwell, onto Niton, and begin the westward ascent of Blackgang Road. Most Island cyclists know Blackgang well, and this climb with its exposed nature and unrelenting gradients will push many riders to the limit.

No cycling race on the Isle of Wight would be complete without a sprint along the Military Road. Known as one of the best driving roads in Europe, this is also most definitely one of the most spectacular coast roads to ride.

The peloton doesn’t reach the Military Road until 125 kilometres, but they are sure to waste no time in ramping up the pace for this final leg along the English Channel coastline.

Compton Bay is the penultimate big ascent, and will be a shock to the legs after the long flat of the Military Road. A breakaway that gets away in these last 20 kilometres could be able to stay clear as it is a technical and fast descent down to Freshwater Bay from Compton, and then a rolling road up Moon’s Hill towards the Needles.

The Needles is recognised as the Isle of Wight’s ‘Landmark Attraction’, and it is certainly going to make for a landmark finish. This stage, and the Tour, culminates with a two kilometre climb up to Tennyson Down; the final 400 metres of which has an average gradient of 9.6% – making it the toughest finish of any modern Tour of Britain to date.

This blog should help you to select numerous places along the route to take in the action. By the nature of the Isle of Wight stage, you can quite feasibly see the action at more than one point along the route throughout the day – making for a brilliant day out.

If you are coming from the mainland to spectate, one of the best options would be Wightlink’s Lymington-Yarmouth route. This would allow you to easily see the peloton as it passes through Yarmouth and Freshwater around the 65-kilometre mark, before then making your way to The Needles for the fireworks finish.

Exact timings of the stage will be released closer to the date (11th September). Don’t forget to book your ferry though, this is sure to be a busy weekend!

Tim Wiggins is our Isle of Wight Cycling Specialist. An endurance cyclist and bike racer, Tim has ridden and competed all over the world; but the Isle of Wight remains his favourite place to ride a bike. He is the author of top cycling blog Lifeinthesaddle.cc, and works with industry leading brands to create compelling content and captivating stories. Here on the Wightlink blog he offers his personal advice on routes, cycling highlights, café stops and much more. His is a great wheel to follow…