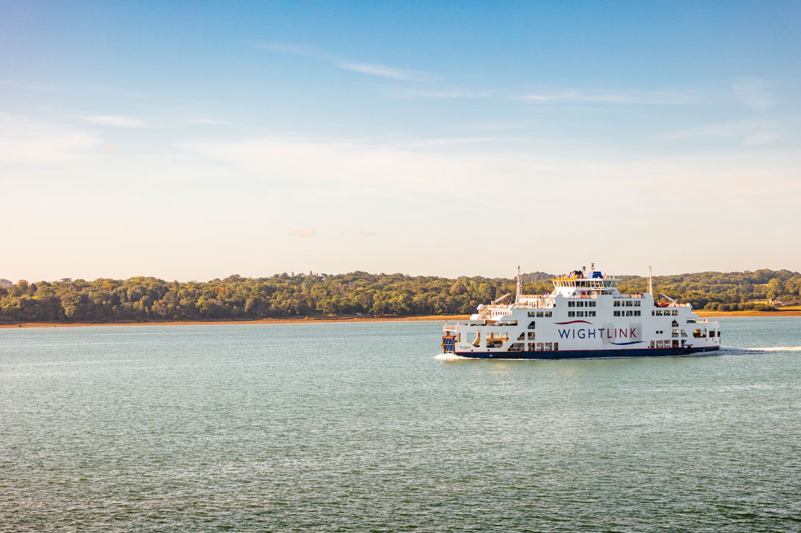 Spy on The Solent…

Whether you travel frequently to and from the Isle of Wight or you’re planning your first Wightlink ‘cruise’ you may be curious about some of the landmarks you can see from the ferry.

Just before the ferry begins to turn to leave the harbour, can you see the three tall masts of HMS Warrior 1860, Britain’s first iron-hulled, armoured battleship? HMS Warrior pioneered cutting edge technology when she was built in 1860 and was extremely fast due to being powered by sail and steam and was the pride of Queen Victoria’s fleet.

You really can’t miss the 170m tall Emirates Spinnaker Tower behind you, named after the shape of a sail. It has three viewing platforms starting at 100 metres, as well as a glass floor and a café and can be seen up to 23 miles away. If the reality of climbing to the top is too vertigo-inducing, then virtual tours are on offer.

Ahead and to your port side, you will see three forts rising from the water. The closest, Spitbank Fort, and furthest, No Man’s Fort, can be visited, the middle one is called Horse Sand Fort. All are built on sandbanks and date from the 1860s.

You should be able to spot one of the Island’s most famous attractions, Osborne, perching majestically above its own private beach. Queen Victoria’s former holiday home, it was built between 1845 and 1851 and Prince Albert designed the house himself in the style of an Italian Renaissance palazzo.

Spy the Island’s most iconic landmark, The Needles, rising out of the sea. One of the most photographed group of rocks in the world, The Needles form the western tip of a band of chalk that crosses the centre of the Isle of Wight, stretching to Culver Cliff in the east. This chalk ridge continues west under the sea to Dorset’s Isle of Purbeck and is believed to have been connected at one time to Old Harry Rocks.

Spot Hurst Point Lighthouse which was built by Trinity House in 1867. It’s 26m high and monitored and controlled from Trinity House’s Planning Centre in Harwich, Essex.

The ferry docks alongside Yarmouth Castle, a perfect picnic spot in the warmer weather. This was the last and most sophisticated addition to Henry VIII’s coastal defences. Completed after his death in 1547, with the first new-style ‘arrowhead’ artillery bastion built in England.

Visible on most days, the spires of All Saints’ Church at 54m and Holy Trinity Church at 42m, tower over the town of Ryde. All Saints’ has a live camera at the top and a link from the church’s website so you could even watch yourself as you sail along the Solent.

Alight at the 681m long Ryde Pier, the oldest seaside pleasure pier. The pier opened on 26 July 1814 with a timber-planked promenade. It has, with some modifications, carried pedestrians, trains and vehicles ever since.

A version of this article first appeared in Wightlife Magazine.