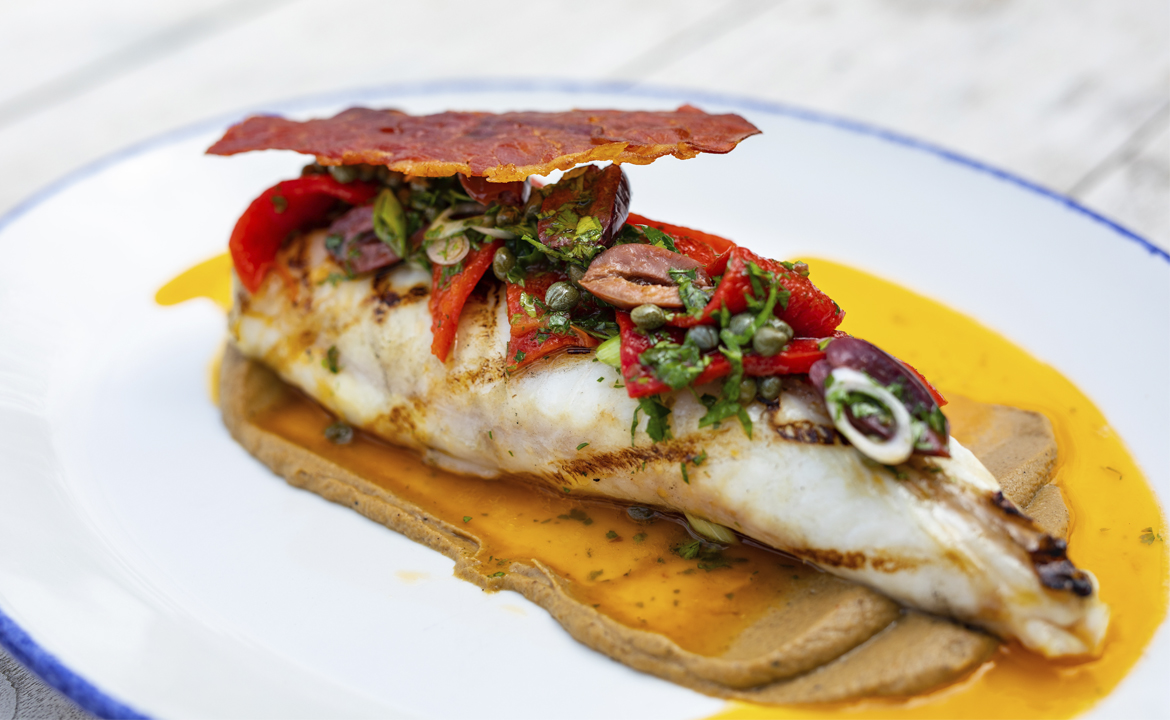 The growing foodie scene on the Isle of Wight

Over the last 5 years, the Isle of Wight’s food scene has changed dramatically. A lot of people will tell you that visiting the Isle of Wight is a bit like going back in time but the second you scratch the surface and look beyond its bygone charm, you will find a treasure trove of fantastic producers and artisans which make the Isle of Wight a hidden gem for foodies. Until now.

The Island has been growing some of the country’s most exciting new producers. Starting with the success story of The Tomato Stall, which started selling in the London food markets and is now regarded as producing some of the best tomatoes in the country. You will find Isle of Wight Tomatoes on the menus of the UKs top restaurants such as The Dairy in Clapham, Claridges, and L’Enclume.

Other producers worth mentioning are The Green Barn who create an excellent goats cheese, milk and kefir, the Isle of Wight Cheese Company – producers of the famous Gallybagger cheese, the Isle of Wight distillery who distill Mermaid Gin and the surprising yet outstanding career of Island Bakers John and Helen Fahy, who continue to raise the quality of artisan bread.

The Island has also been a focus point for a major marine biology restoration which will improve the quality of seafood in the future. We are very excited to be working with The Blue Marine Foundation who aim to bring back the Solent Oyster.

And according to a Great British Chefs national food survey, there are over 13.5 million foodies in the UK who love to explore new destinations and food scenes. Great British Chefs, along with Wightlink and top Island chef Robert Thompson, have created a guide which uncovers a small list of the Island’s current movers and shakers in the food scene. Find the complete Isle of Wight food guide here.

The food scene here has really grown in the past few years, and a lot of chefs are now gunning for recognition in the Michelin Guide and things like that. The produce is incredible too – not many people know we grow great asparagus here, for instance, and the tomatoes are next level.

Robert, who heads up You Be Chef – fine dining delivered to your door – says: “I’ve heard people ask whether you need a passport to visit the island before – it’s crazy how isolated some think it is when it isn’t at all.

“It’s just 20 minutes from Portsmouth on the FastCat passenger service or around 45 minutes if you’re bringing your car.

“The food scene here has really grown in the past few years, and a lot of chefs are now gunning for recognition in the Michelin Guide and things like that. The produce is incredible too – not many people know we grow great asparagus here, for instance, and the tomatoes are next level.

“There’s still a way to go, and I think in five years we’ll have become a really big food destination, a lot like the South West.”

Right now, visitors can take a slice of the Island’s produce home at the Wight Taste stores on-board Wightlink ferries and at ports, where other great producers including The Garlic Farm, Caffe Isola, Goddards Brewery and The Isle of Wight Biscuit Company can be found.

What’s next for the Island’s food scene? We can’t wait to find out. But in the meantime, book your ferry to the Isle of Wight today to get your own taste of the action.