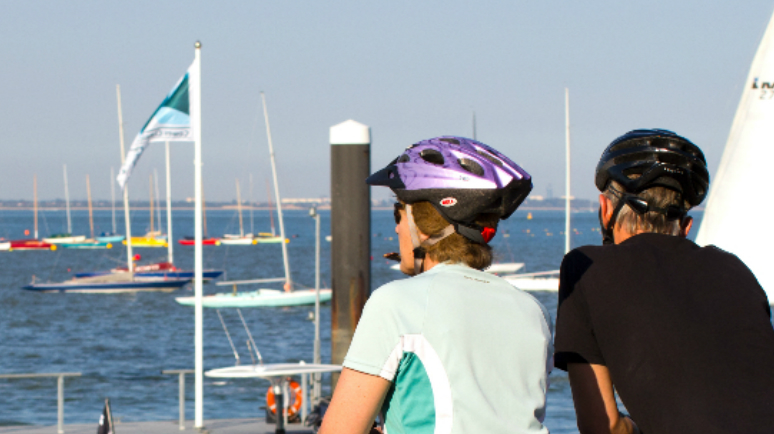 Cowes Week is one of the country’s longest running and most successful sporting events. It’s also perhaps the world’s most famous sailing regatta.

Since being founded in 1826, it has always attracted the world’s best yachtsmen and yachts to compete, as well as many celebrities and even royalty take part or spectate. More than 8,000 sailors participate, ranging from Olympic champions to everyday weekend yachtsmen.

Racing itself is set in the challenging waters of the Solent and starts from the iconic Cowes Castle, home to the Royal Yacht Squadron with its distinctive display of brass cannons that are fired as the starting guns.

Of course you don’t have to own a yacht or be a sailor to enjoy Cowes Week. The town is full of colour and entertainment throughout the week during the daytime and into the evening, so there is always plenty to see and do.

The Cowes Week dates are 30 July – 5 August. Sailors of all abilities will compete in over 40 different classes, taking place over the eight days. Each day of the event has plenty of exciting regatta racing to watch and opportunities to soak in the party atmosphere.

In addition to the boats, there is lots going on for spectators at a number of venues including live music, family activities and fireworks.

Getting to Cowes Week, Isle of Wight

Getting to Cowes Week on the Isle of Wight is simple with Wightlink. Our routes to both Fishbourne (from Portsmouth) and Ryde (from Portsmouth Harbour) will drop you within a short bus or taxi ride of the event. You may even get to start the Cowes Week experience early, by watching the competitor boats heading for Cowes during the crossing across the Solent!

Once you’re in Cowes, there are several ways you can get to the heart of the action. If you’d prefer to stay close to the fun on land, you’ll want to find a good boat-watching spot along the shore. The best vantage point is probably between the Castle of the Royal Yacht Squadron and the cannons. From here, you can see the start of the races.

As the day progresses, head along to Egypt Point to see the winners come in. If you can’t find a spot in these places, don’t worry – the regatta is big, so you’re sure to catch plenty of the action no matter where you stand.

Alternatively, you could get right into the thick of things by heading out on a spectator boat. Boat trips last an hour, and depart from Trinity Landing (on Cowes Parade). For a bit more money, you can head out for an hour in a RIB – which will get you as close as is possible to the competition!