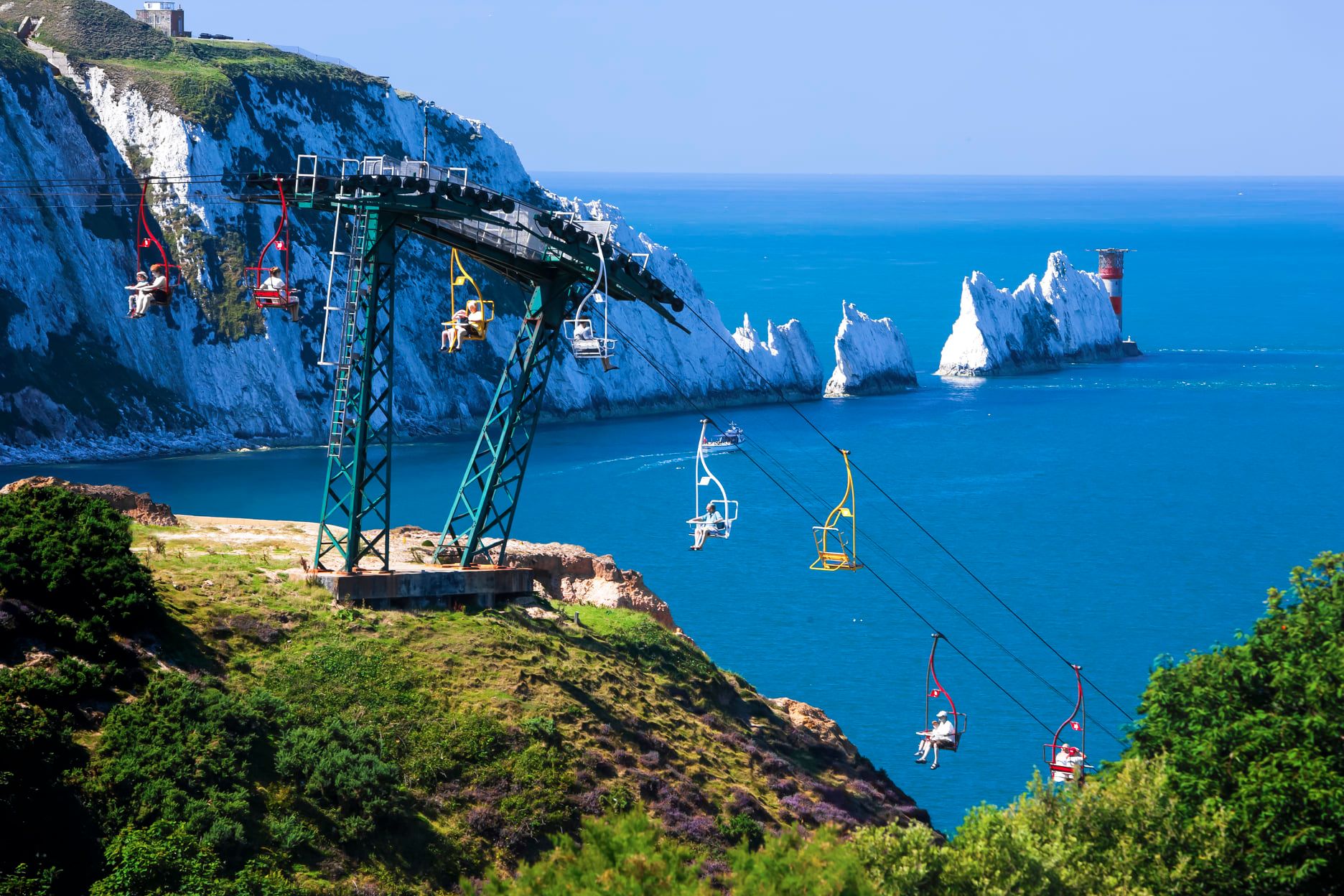 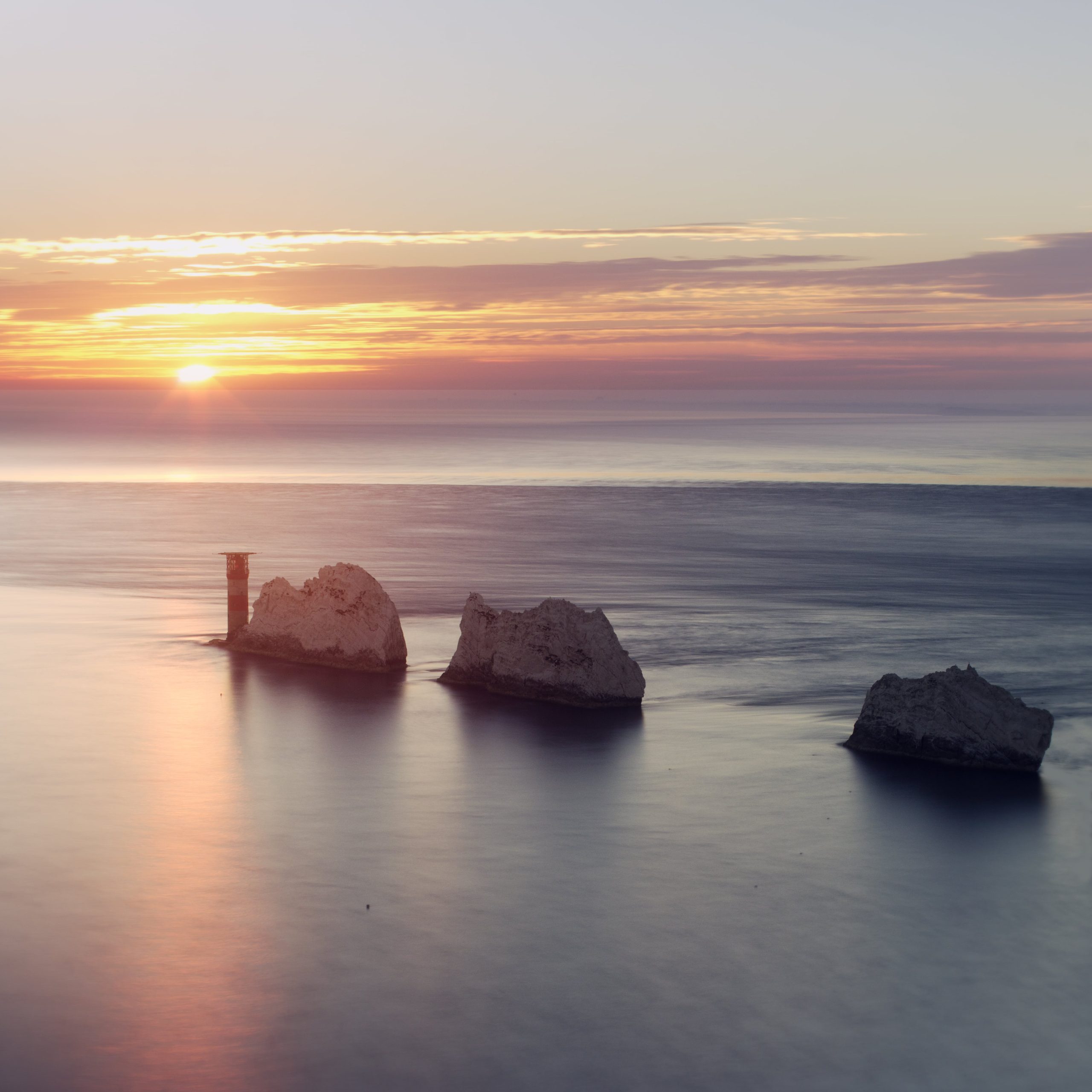 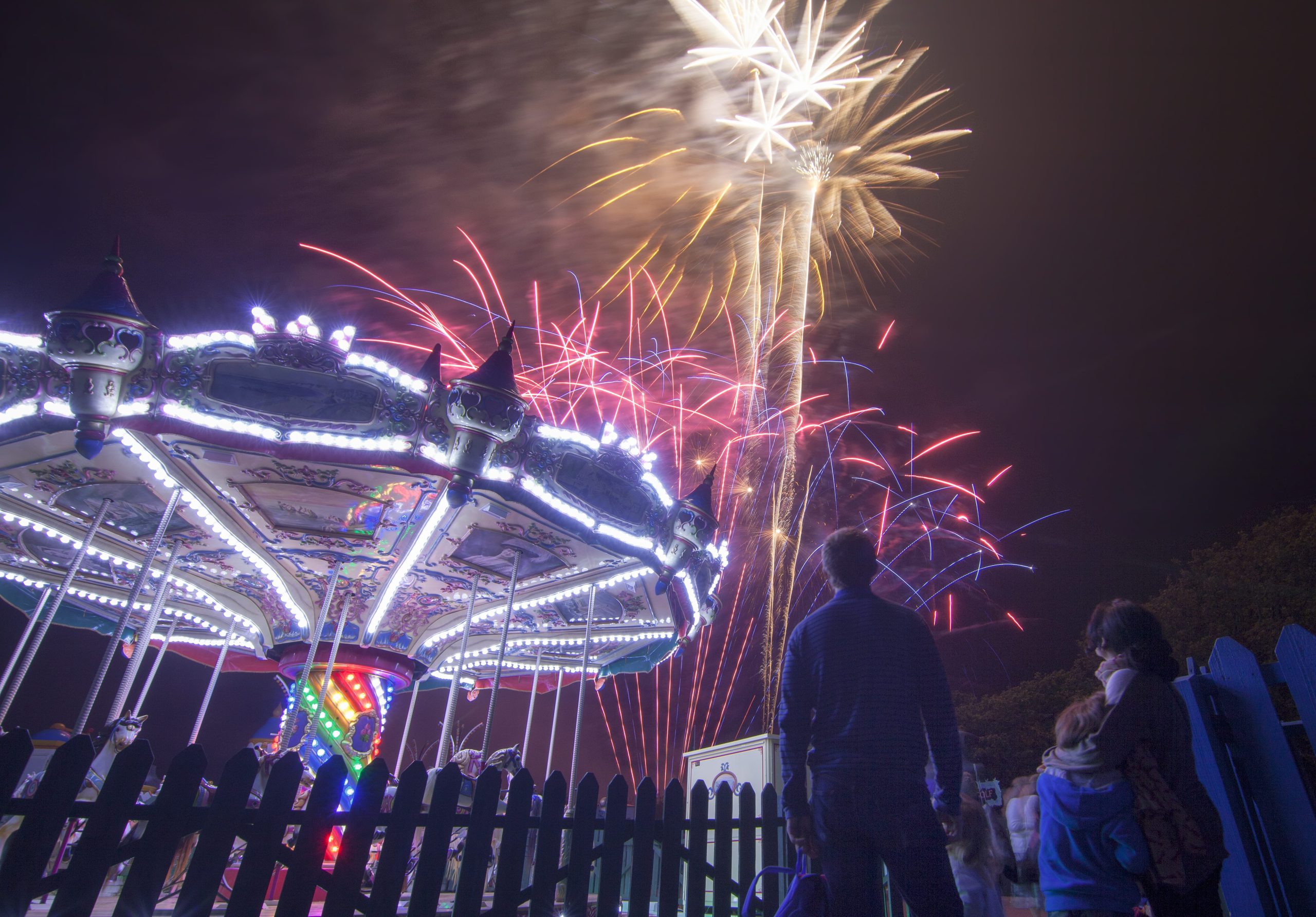 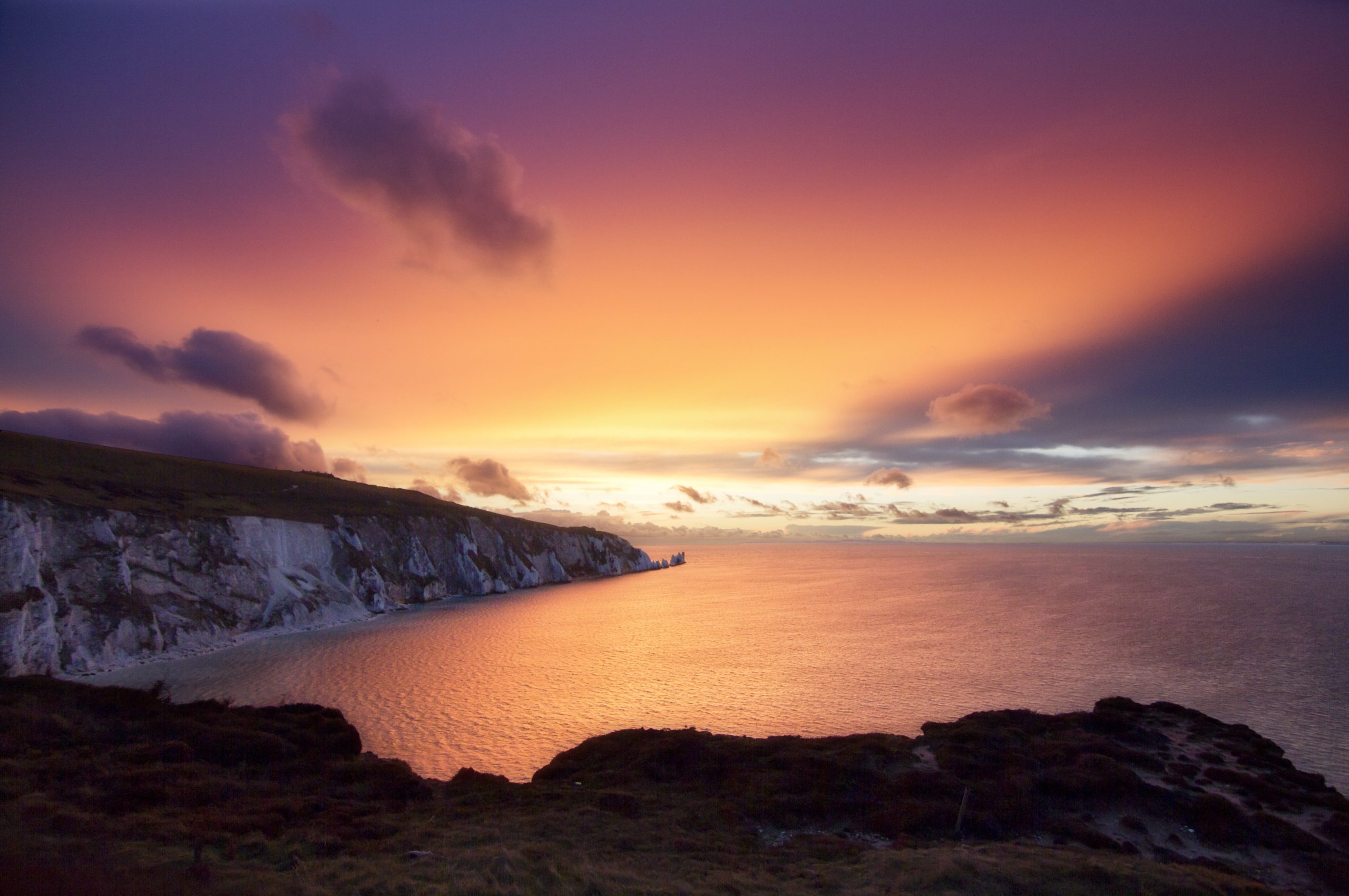 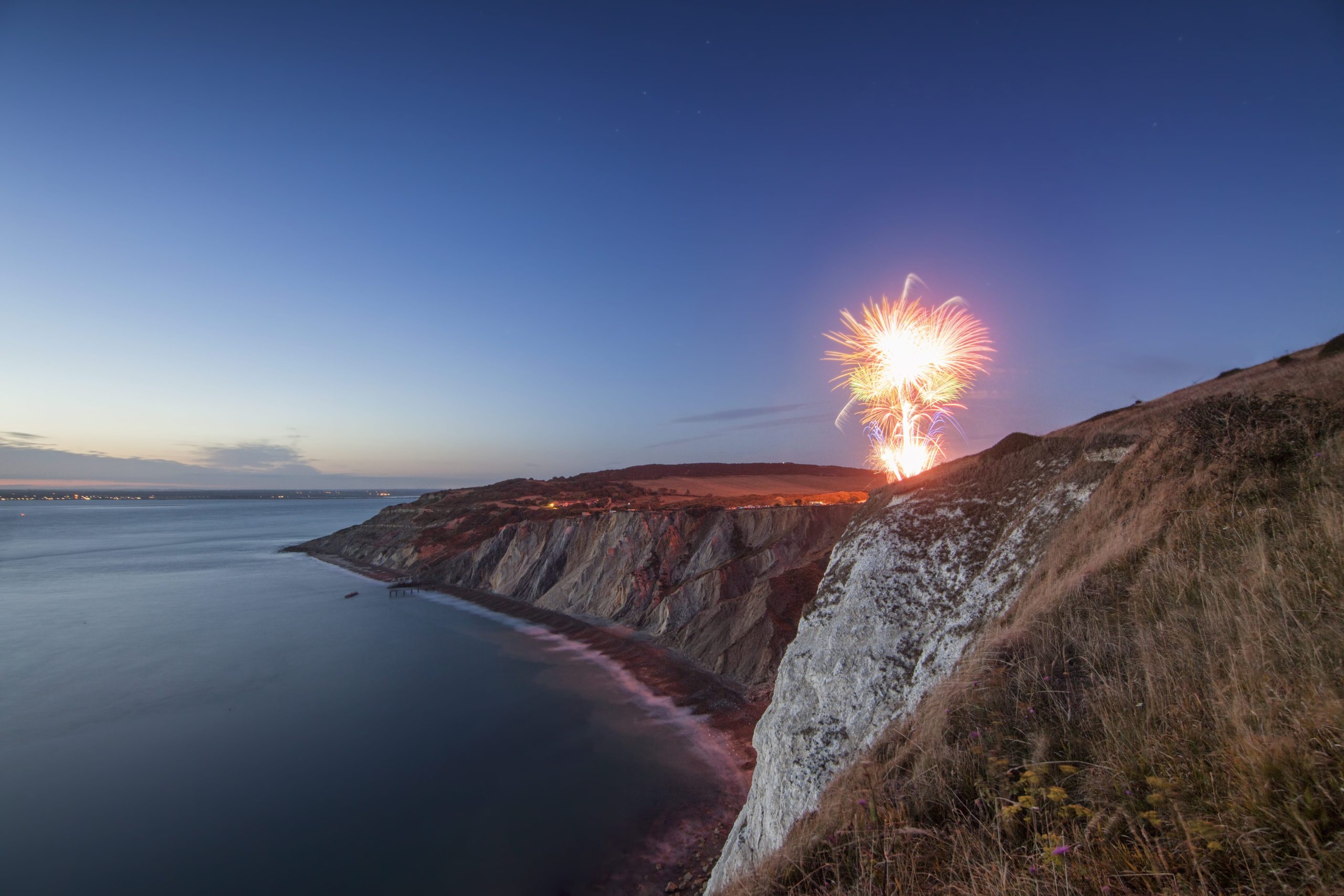 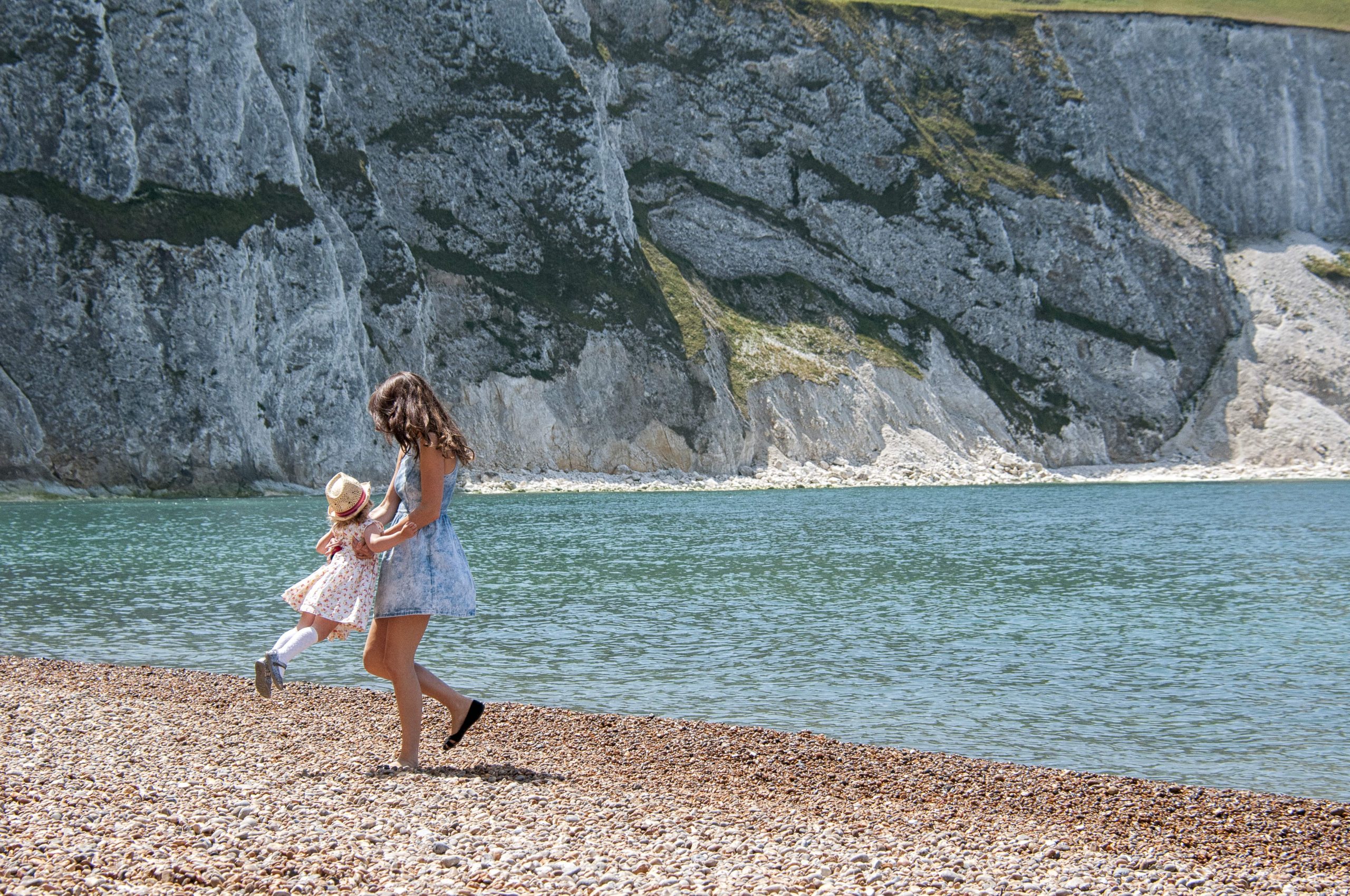 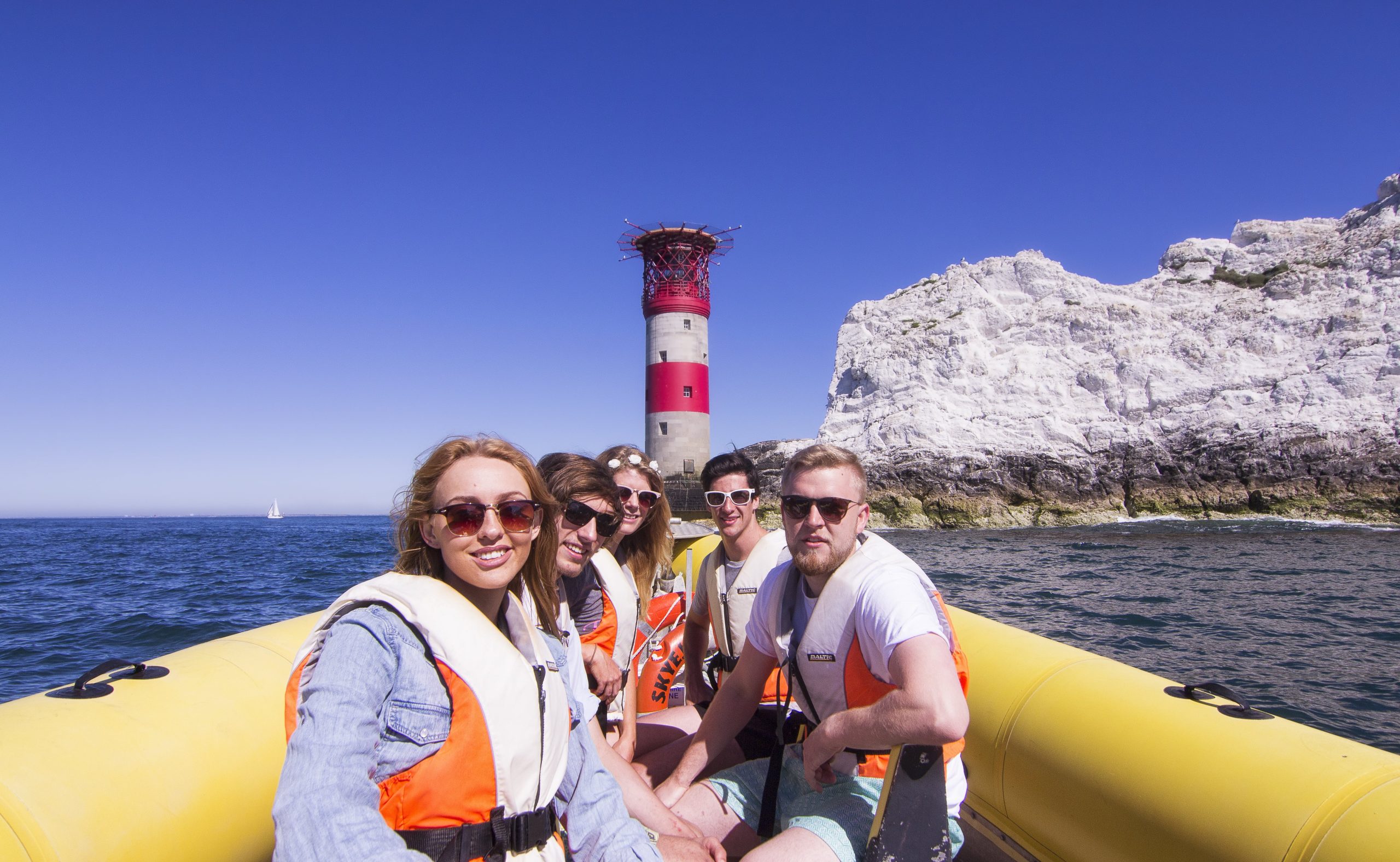 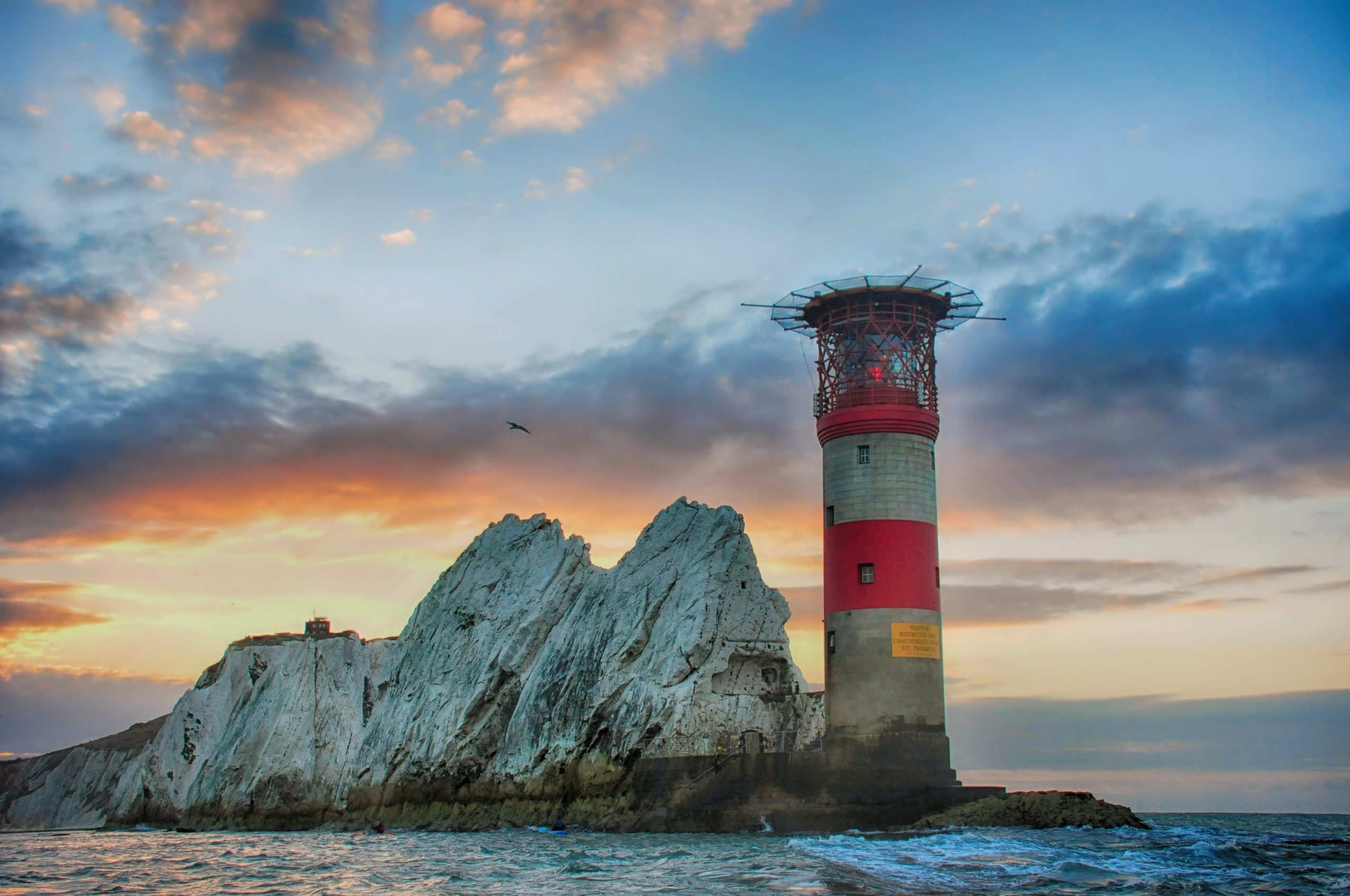 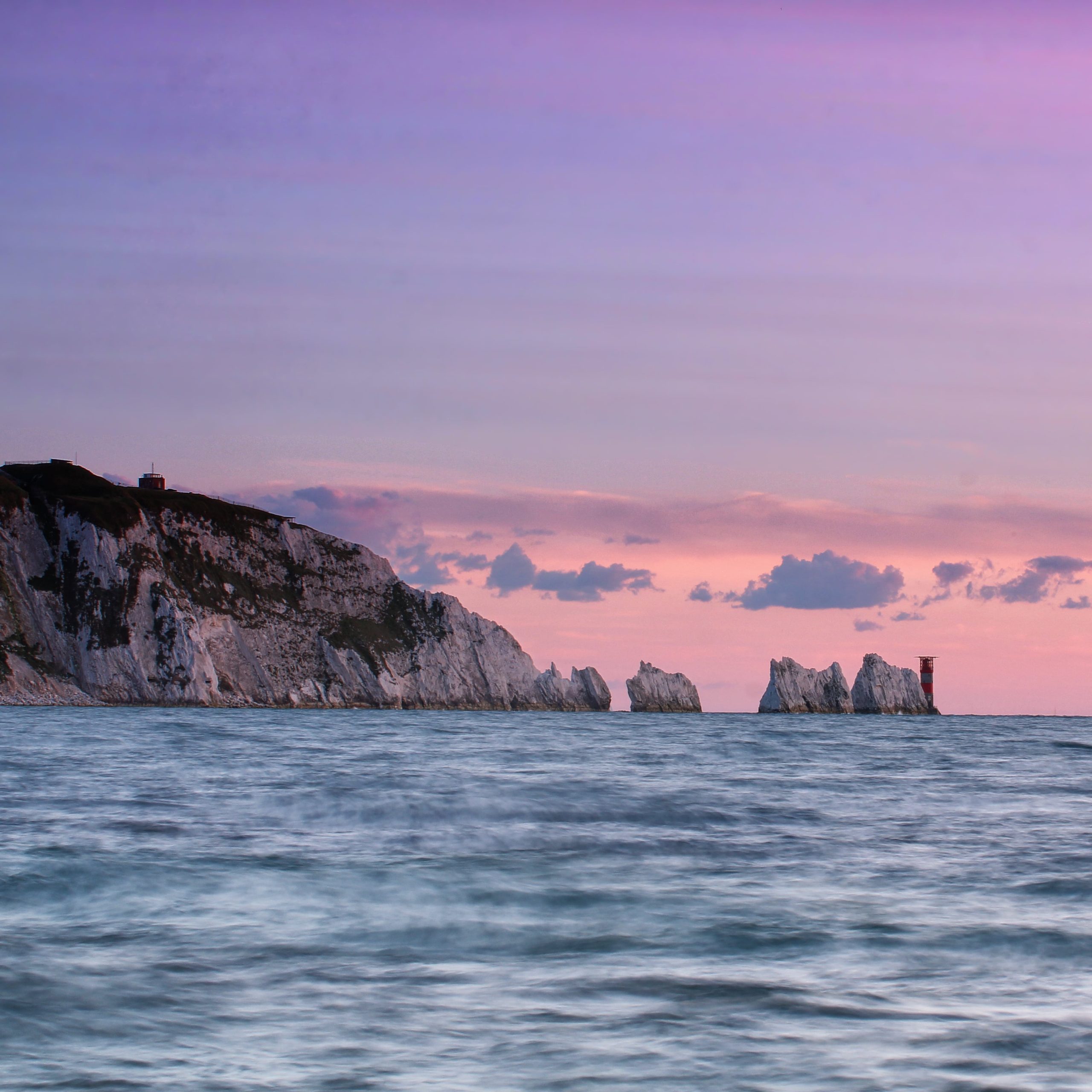 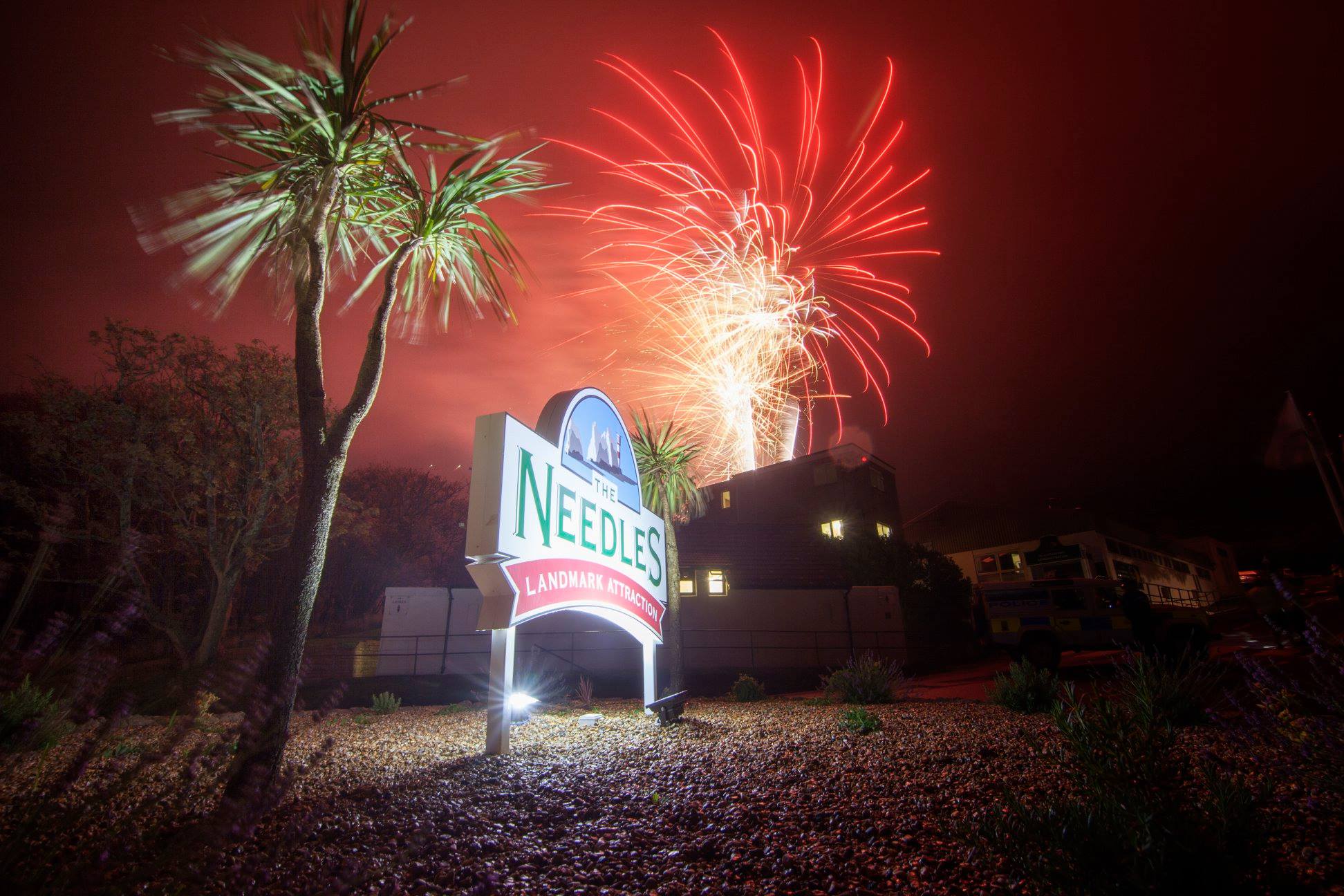 The Needles are one of the Isle of Wight’s most iconic sights. These three white chalk stacks leading up to the Needles Lighthouse are the first thing that many people think of when they hear to words ‘Isle of Wight’. The Needles are more than just a beautiful sight, however. There’s plenty to do here, from the world-famous chairlift and the 4D cinema to the Needles Old Battery and much more.

The Needles Isle of Wight facts

The name comes from a fourth pillar, which was more needle-shaped than the three stacks we see today. The original ‘Needle’ pillar collapsed in a storm in 1764, but the name lives on. On the cliffs above the stacks, the Needles Battery was an important military site until quite recently. The National Trust now own and curate what’s left of the Needles Old Battery.

Today, the Needles are a major draw, bringing thousands every year to the Isle of Wight. The Needles and their surrounds have managed to maintain their natural beauty and grandeur despite also playing host to a number of fantastic family attractions. If you only have the chance to visit one place on the Isle of Wight, make it the Needles.

The Needles Old Battery, owned and operated by the National Trust, is a fascinating piece of the Island’s history. In Victorian times, the Old Battery provided coastal defence. Modern visitors can walk the stone fortifications, taking in the incredible views over The Needles Alum Bay as they do so. In the 20th century, the site was used for secret rocket testing, making it an absolute must for anyone with an interest in military history – as well as for anyone who appreciates a wonderful view.

Running from the top of Alum Bay to the brightly-coloured sands of the beach below, few Isle of Wight attractions are as much-loved as this chairlift. The Needles and Alum Bay appear in all their glory during the journey up or down – there is no better way to drink in the beauty of this place. The chairlift is very reasonably priced, as well, enabling whole families to enjoy this great experience without feeling the sting in your wallets.

The Needles Landmark Attraction has something for everyone:

The world’s first long-distance radio signal was sent from the Isle of Wight, at the Needles. Italian inventor Guglielmo Marconi, who introduced the world to radio, sent the historic transmission from his base at the Needles IOW in 1897. Today, the Needles Landmark Attraction’s tea room is named after the great man. At Marconi’s Tea Room, you can enjoy a range of delicious refreshments, including local beers, lovely wines, and scrumptious cakes and pastries.

Getting to The Needles IOW

Getting to the Needles is easy with Wightlink. Our ferry to Yarmouth will drop you within easy reach of the Landmark Attraction. Our ferries are quick and comfortable, with plenty of on-board facilities. Book your ferry tickets today, and start planning your visit to the Isle of Wight and its world-famous Needles.

Opening times will vary throughout the season with longer opening hours through Summer.

Magic in the Skies Firework Event nights (open till late) every Thursday between: 4 August – 1 September

Site is open to the public all year round, but not all outlets are operational through the winter.