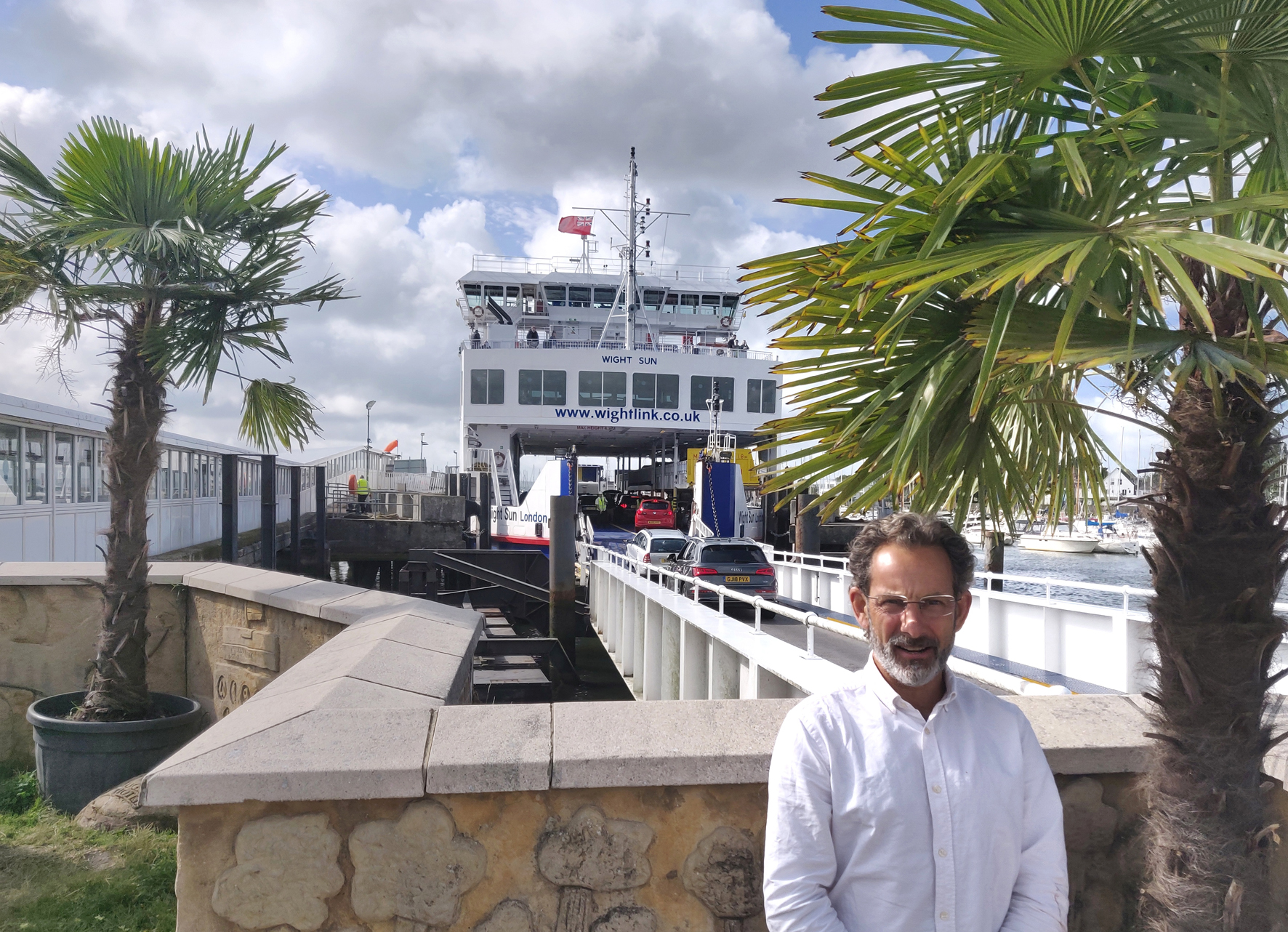 Ventnor Botanic Garden has teamed up with Wightlink to provide travellers with a real taste of the ‘Garden Isle’ as they arrive at the ferry operator’s Portsmouth and Lymington terminals.

Impressive palm trees can now be seen at the terminals’ entrances, providing an exotic welcome to customers as they travel to the Isle of Wight – home to Britain’s oldest palms.

Collected in the 19th century, the Chusan palms Trachycarpus Fortune were presented to Queen Victoria. Her Majesty said they should be planted in the grounds of the Royal National Hospital for Diseases of the Chest in Ventnor. The palms remain in the exact same spot today, in what is now the Palm Garden within Ventnor Botanic Garden.

Chris Kidd, curator at Ventnor Botanic Garden, says: “With thousands of visitors heading to the Isle of Wight each year for their holidays we were delighted to position some of our large palms at Wightlink’s terminals to give visitors a flavour of the tropical delights that can be found growing in our unique garden based in the remarkable microclimate beneath the Undercliff at Ventnor.

“Known as Britain’s hottest garden, our unrivalled collection of subtropical plants is grown unprotected outdoors – it is something we are really proud of and keen to share with visitors.”

Wightlink Marketing and Innovation Director Stuart James says: “We’re really pleased to partner with Ventnor Botanic Garden. As well as providing some welcome greenery to our mainland terminals we are pleased to support a local Island business and help promote it to visitors.”

Wightlink is a keen supporter of Island businesses, proud to be awarded a Wight Marque by the Royal Isle of Wight Agricultural Society for its commitment to the use of local suppliers. Milk and cream for Wightlink’s onboard and terminal cafés comes from Briddlesford Farm in Wootton and bread and sandwiches are supplied by Grace’s Bakery in Ryde. Other local suppliers include Island Roasted, Wight Crystal, Calbourne Classics and Island Ales.