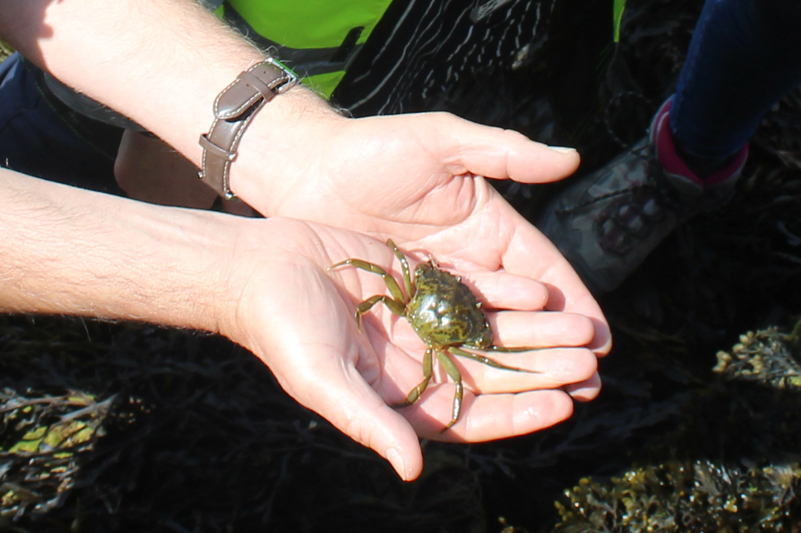 Wightlink has teamed up with ecologists and engineers at Bournemouth University to take part in a European Union-funded €4.6million project to look at ways to protect the marine environment on both sides of the Channel.

It will examine how artificial rockpools fixed to harbour walls, including Wightlink’s Fishbourne port, are increasing biodiversity by providing habitats for many species of marine life including shellfish, squid, crabs and fish.

The four year EU Interreg project Marineff brings together University researchers in Southern England and Northern France (Bournemouth, Southampton, Exeter and Caen) with partners Wightlink, Artecology and the Ports de Normandie Association to examine the best ways to protect marine ecosystems in ports and harbours  by enhancing coastal infrastructure, such as sea walls and breakwaters.

Bournemouth University’s Dr Roger Herbert says: “Habitat loss is a serious threat to marine life as coastal development increases and sea level rises with climate warming. We will assess how Vertipools work in practice, how they can be designed for new structures and retro-fitted to existing sea walls and harbours.” Fellow Bournemouth University researcher Jessica Bone has been employed to work on the project.

Isle of Wight eco-engineering company Artecology invented these triangular structures – known as Vertipools – and initially installed at test sites in Yarmouth and Fishbourne on the Solent coast as well as at Sandown Bay’s Science Beach and at Hanover Point at Compton. There are now 100 Vertipools in place around the coasts of England, Scotland, Wales and Ireland and the Marineff initiative will more than double this total and spread the work across the Channel.

Artecology director, Nigel George, explains: “Marineff is a really exciting project and a fantastic opportunity for us to work with leading researchers in the field of new ecological designs for the marine environment. Artecology is all about making space for wildlife in the places we build for people, whether that’s a sea wall or a city, there’s so much more that we can do to boost urban biodiversity. Marineff is exactly what’s needed to push forward these ideas.”

The Vertipools are cast in natural low-carbon concrete and hand-finished to provide interesting, rough surfaces. Most harbour walls and coastal infrastructure have a smooth finish without any holes or grooves for species to attach to and hide in. Vertipools increase biodiversity by providing seawater pools, cracks and crevices for species to find cover at low tide.  They will be installed in several places on both sides of the Channel in spring 2020, including a new site on the Isle of Wight.

“We are delighted to join researchers and partners in this fascinating project, says Wightlink Chief Executive Keith Greenfield. “We value the diversity of the Solent’s rich marine life around our ports and look forward to updating staff and customers on the progress of this research.”

Picture caption: Wightlink Environmental Officer Nicola Craig with Jessica Bone and Dr Roger Herbert from Bournemouth University at the Vertipools near Bouldnor on the Isle of Wight