Tour of Britain 2022 on the Isle of Wight

The UK’s biggest professional cycling race, the Tour of Britain, is coming to the Isle of Wight in 2022.

Hosting the final stage of the Tour, Stage Eight, the Island will witness an undoubtedly frenetic finale, unfurling to the backdrop of a stunning coastline and rolling countryside hills.

Over 100 riders will compete in the event and by the end of the race, they’ll have cycled over 1,300 kilometres in eight consecutive days, making their way down from Aberdeenshire to the Isle of Wight, where they will arrive on Sunday, 11 September.

We’re the Tour of Britain’s Official Travel Partner, so sail away to the Island and put yourself at the heart of the action with 15% off your crossing.

Book your Isle of Wight ferry with 15% off

The Isle of Wight is hosting the final stage of the Tour of Britain on 11 September. We’re expecting very high volumes of spectators for this event, many travelling over from the mainland.

If you’re planning to view the final stage, we strongly recommend pre-booking your crossing as soon as possible. Do not leave it until the day to book or you may miss out.

Bringing a bicycle with you? We strongly recommend travelling on either our Lymington – Yarmouth or Portsmouth – Fishbourne routes where we will be making additional space available to accommodate cyclists.

On our FastCat services between Portsmouth Harbour and Ryde, we have limited space to accommodate bikes.

Set sail and save 15% on ferry travel

Take a ticket to Ryde on our speedy FastCats, or a comfortable cruise in our car ferries to Fishbourne or Yarmouth. Simply use the link below, choose your travel dates and your discount will applied at checkout.

Book by 11 September 2022 – full terms and conditions at bottom of page.

Book your ferry with 15% off

The Tour of Britain Isle of Wight route will take riders from 20 professional teams around the entire Island, starting in Ryde and ending up at the iconic Needles landmark attraction.

The course winds along the north east coast of the Island along to Bembridge before tucking down towards the seaside town of Sandown, where the first of three sprints will take place. From there, it trails inwards away from the coast and through the first SKODA King of the Mountains climb along Brading Down. The route then heads west towards Downend before turning south through Rookley, Chillerton (where you can expect some exceptional views across the countryside) and Shorwell.

Remaining inland, the trail goes towards Totland on the west coast before flipping north through Yarmouth and past our ferry port – another of the designated sprints will take place here. It then follows the coast eastwards before reaching West Cowes – where you can witness the final sprint section – and flowing south along the western side of the River Medina.

It will then hit the Island’s capital, Newport. A bustling market town, you can expect the streets to be lined with eager cycling fans as the riders race through its tight streets.

From Newport, the route heads south east through the middle of the IOW, hitting the east coast at Shanklin just before the riders will have to tackle their second SKODA King of the Mountains climb. It hugs the coastline all the way to the finish from here, passing through Ventnor (another King of the Mountains section), Blackgang and Freshwater via Military Road, one of the most famous driving roads in Europe. On this stretch, you’ll find amazing views out across the Channel.

The race culminates with a steep climb up – the final SKODA King of the Mountains section – towards the Needles and Tennyson Down, where the winner of the Tour of Britain 2022 will be decided.

For even more detail on the Tour of Britain route across the Isle of Wight, resident Island cycling expert, Tim Wiggins, has shared his thoughts on the course, including the best places to catch the action.

You can find the Stage Eight route map above or download a PDF version using the link below. And, you can follow the Wightlink Wight Mountain Cycle Race Team, experts in cycling the Island’s roads, as they tackle the Tour of Britain 2022 route in the video below.

Getting to the Isle of Wight

Here at Wightlink, we are the leading cross-Solent ferry operator, linking the Isle of Wight with Hampshire through three conveniently-located ferry routes.

Crossing times start from just 22 minutes and we can drop you off right into the heart of the action in Ryde or, if you need to bring a vehicle, our Fishbourne port is only a few minutes’ drive from the heart of the Tour of Britain action.

Book your ferry with 15% off

If you’re a big cycling fan, you’ll want to make the most of your weekend away on the Isle of Wight. Not only can you witness some of the greatest sporting stars at the peak of their game, but you can take on some of the Tour of Britain route yourself in the challenging terrain of West Wight.

Check out our ideas for a three-night stay on the Island.

A family day out

If you time it right, it’s possible to catch some of The Tour of Britain route and squeeze in some sight seeing all on the same day. To make things easy for you, our FastCat port in Ryde is only moment’s away from the stage start line, so there’ll be no time wasted trying to get into the heart of the action.

Check out some inspiration for a day out in Ryde.

Tour of Britain – a family day out itinerary

By taking a weekend break on the Isle of Wight, not only will you have the chance to watch the final Stage of the Tour, you’ll also have time to visit some of the Island’s famous landmarks, relax on one of its many glorious, sandy beaches and maybe even do a bit of cycling of your own.

See our ideas for a family-friendly weekend away on the Island.

Travelling with your bike to the IOW

You can bring your bike across to the Isle of Wight for free when you travel with us as a foot passenger.

Bicycles can be brought onto any of our ferries but for the quickest crossing time, use our FastCat service, linking Portsmouth with Ryde. The FastCats that serve on this route come equipped with racks to keep your bike safe throughout the 22 minute journey.

If you’re bringing your bikes along on your car, make sure to add any extra height or length to your vehicle when making a booking. This ensures we allocate you the correct amount of space on our ferry.

A multi-stage cycling race on British roads, the Tour of Britain pits some of the best cyclists from across the world against one another in a battle of skill, fitness and teamwork.

18 teams of riders will compete in the 2022 edition of the Tour, with the event kicking off in Aberdeen and Aberdeenshire in Scotland on 4 September. There are eight stages, played out over eight consecutive days, with the final stage taking place on the glorious Isle of Wight.

In 2021, the winning rider was Wout van Aert, who was competing for Team Jumbo-Visma.

The teams for the 2022 Tour of Britain have been revealed and include home fan favourites, INEOS Grenadiers – one of five UCI WorldTeams competing.

Find the full list of teams below. Riders are expected to be revealed soon.

Get up close and personal before the race

Before Stage Eight of the Tour commences, you’ll get the opportunity to mingle with the global cycling stars competing in the event. As the race teams prepare the bikes, you’ll be able to take selfies, ask for autographs and even check out the latest technology and equipment on show.

Riders will then take part in the Sign On Ceremony, held on the main stage next to the start line, while the race convoy – made up of police, team cars, judges and much more – get into place.

Make sure to check who’s wearing which jersey as this will tell you who is holding the lead and who has the most points in categories such as King of the Mountains (hill climbs) and sprints.

The race will set off from the start line, following the race controller car through a ‘neutralised’ section designed to get riders up to speed. Soon enough, they’ll reach the 0 kilometre mark, which is where the fun truly begins.

Often, a pack of riders will zoom off from the start, making a breakaway from the main peloton. The chasing riders may have to up their pace to ensure the gap to the breakaway group isn’t too large. There is often drama, with mechanical problems and even crashes helping create a frantic atmosphere that is truly unrivalled.

Every stage of the Tour, including the final stage on the Isle of Wight, is split up into different sections where riders can gain points. One of the most popular sections for spectators is the SKODA King of the Mountains segment – these climbs are a great opportunity to catch riders in action as they pass by slowly, battling steep inclines. Points gained here contribute towards the SKODA King of the Mountains jersey.

There are also three intermediate sprint sections where riders contest for points and time bonuses. Some of the most thrilling riding of the Tour can take place in these segments.

As riders head towards the end of the stage, the pace will get much faster as the main peloton attempts to catch those in the breakaway. Depending on the nature of the final few miles, you may find expert sprinters or seasoned hill climbers come to the front of the pack and try and win back some time on their rivals.

After the finish, there will of course be plenty of champagne and celebrations as winners are announced and presented with their prizes and jerseys.

Book your IOW ferry with 15% off

Whether you want to follow the Tour of Britain route or carve out your own path across the Island, you’ll find it’s one of the most cycle-friendly places in the UK. There’s a wealth of routes to follow and you can choose from rough mountain biking terrain or smooth road cycling options.

After an action-packed day taking in the final stage of the Tour of Britain, you’re probably going to want to rest your head. Luckily for you, the Island is full of outstanding accommodation options, from quirky campsites right through to luxury hotels.

Accommodation on the Isle of Wight

When you visit the Island, make sure not to miss out on some of the awe-inspiring landmarks that make it so unique. From the famous Needles rock formation to Queen Victoria’s former holiday home, there’s an attraction for all tastes.

Attractions on the Isle of Wight

History of the Tour of Britain

The Tour of Britain has a rich history, dating all the way back to just after the Second World War. Many events over the years have been described as the Tour of Britain, including the Milk Race, the Kellogg’s Tour of Britain and the PruTour. After running until 1999, the Tour was officially revived in its current modern format in 2004.

Given its largely amateur start in the mid 20th century, it’s growth over the past few decades is stark and it’s now a key part of the professional cycling calendar. A mixture of rider types have cycled to victory since 2004, including Brits Bradley Wiggins and Steve Cummings – see historic winners since 2004 below. 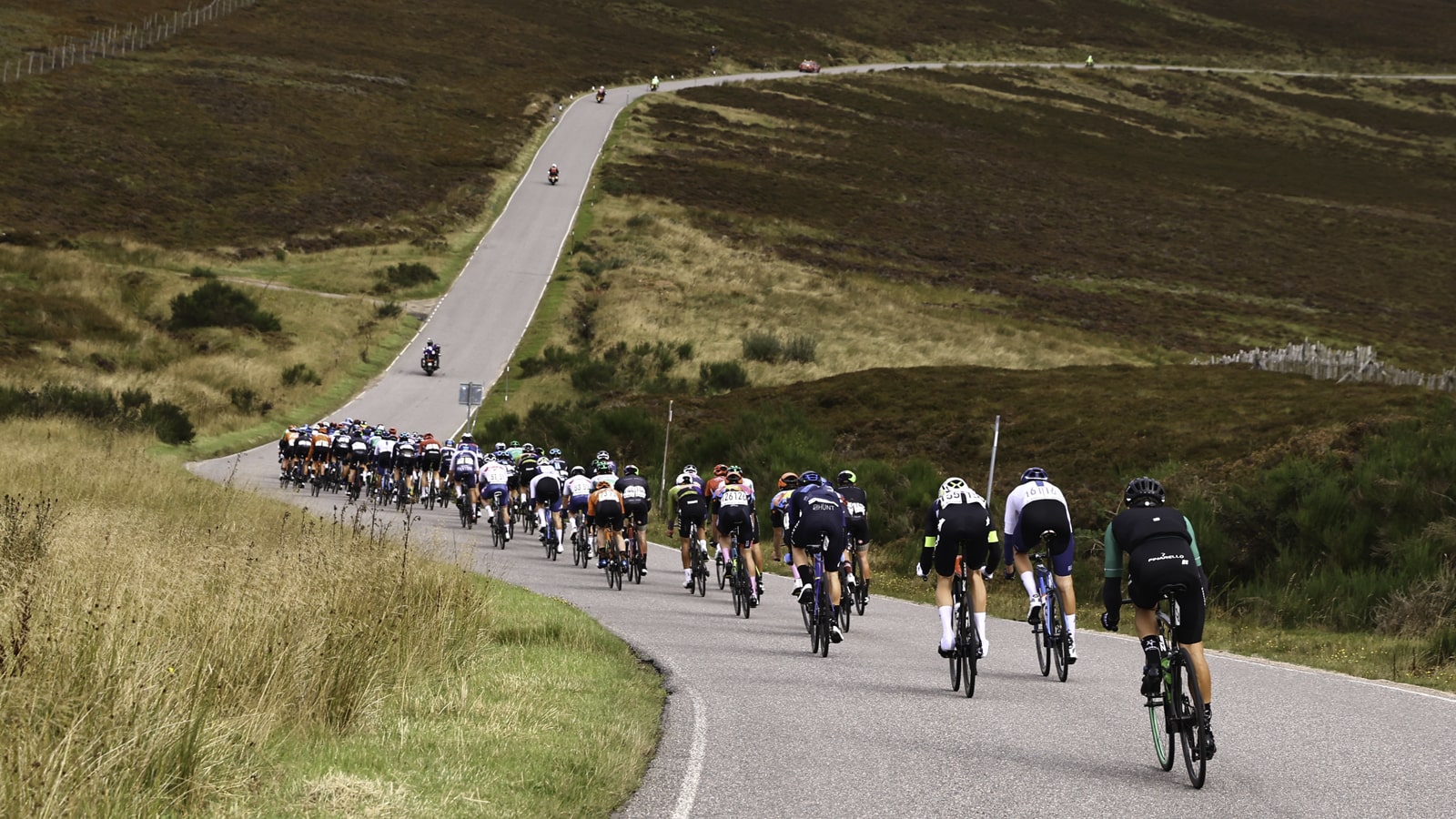 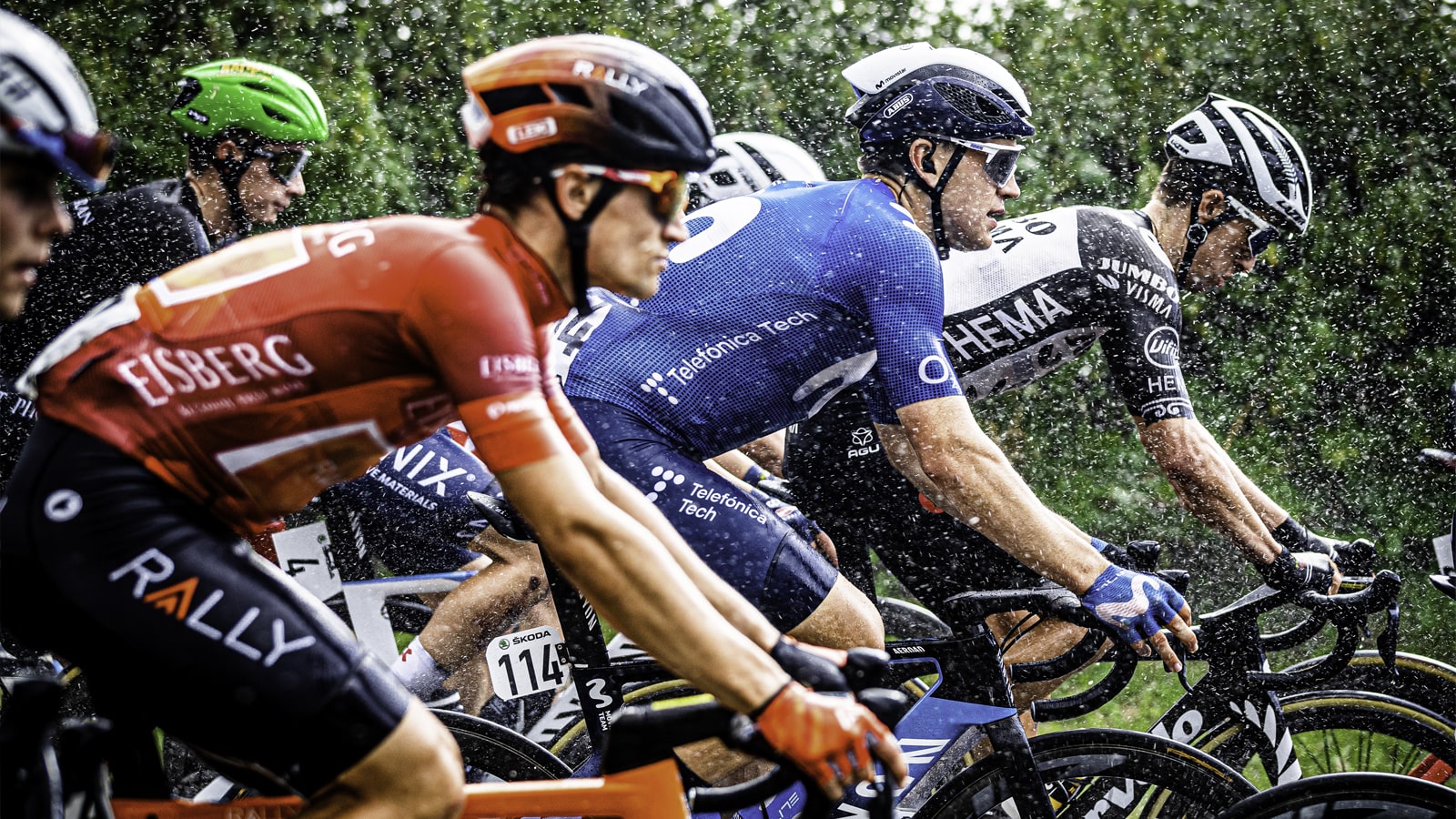 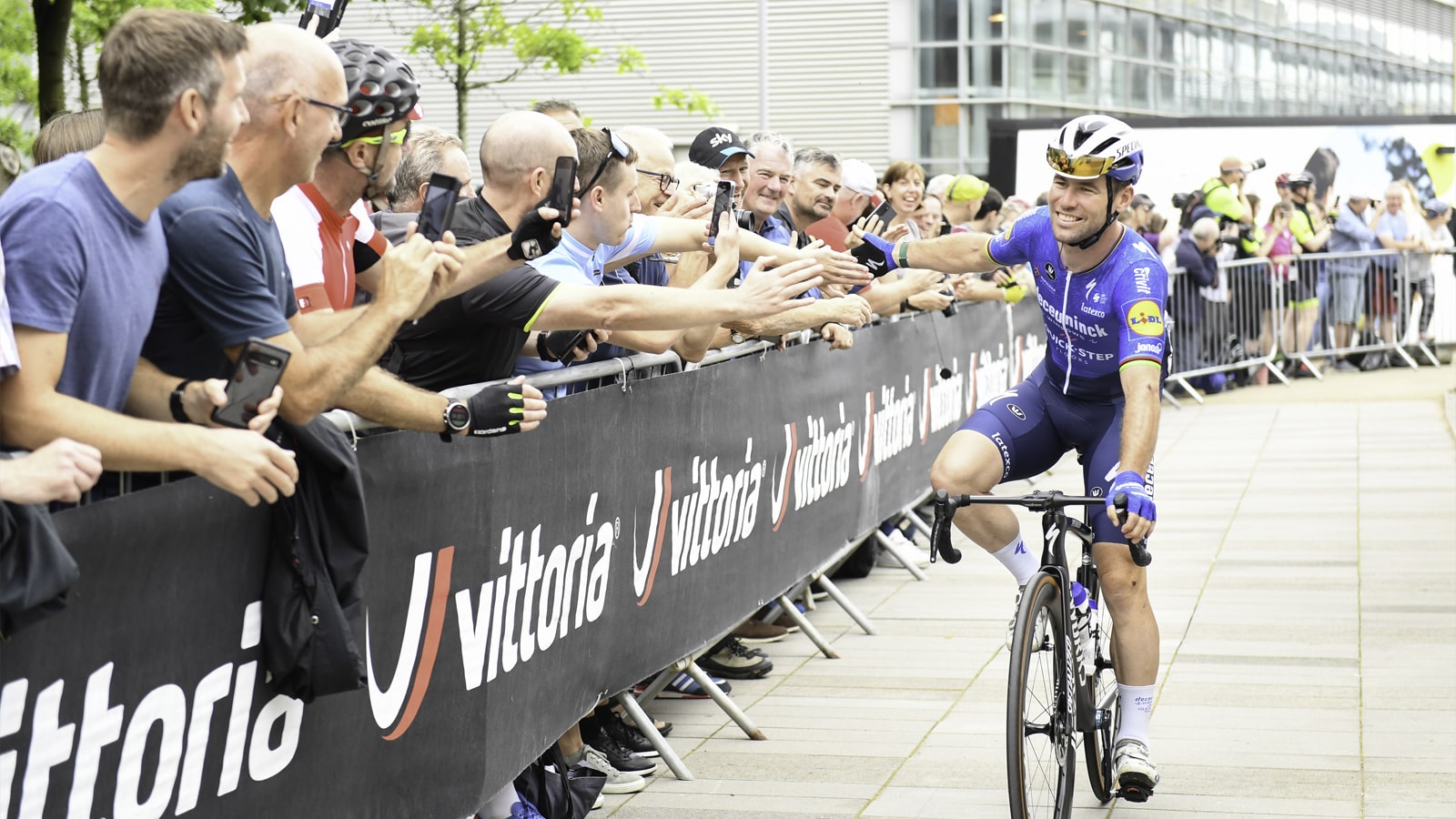 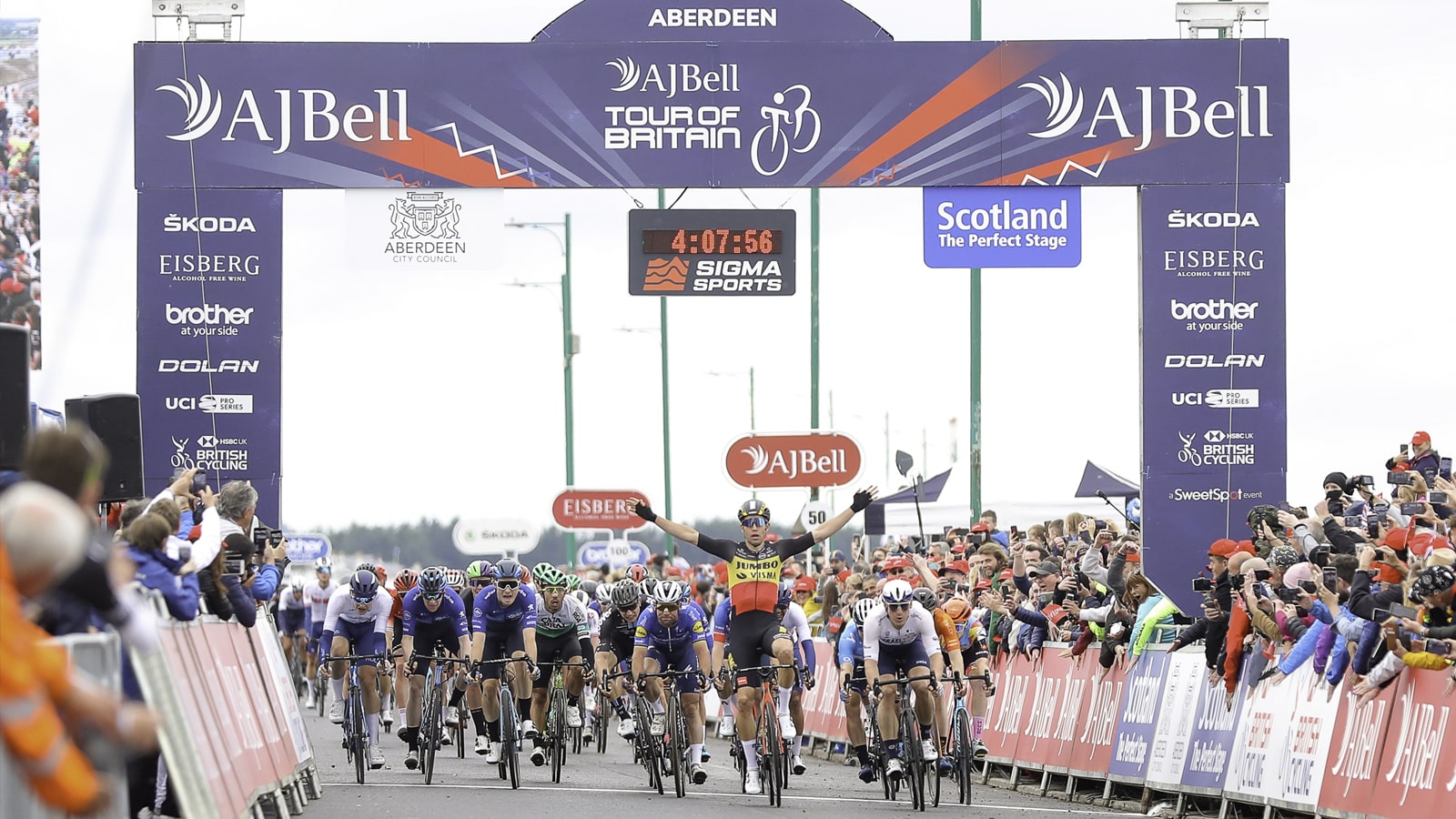