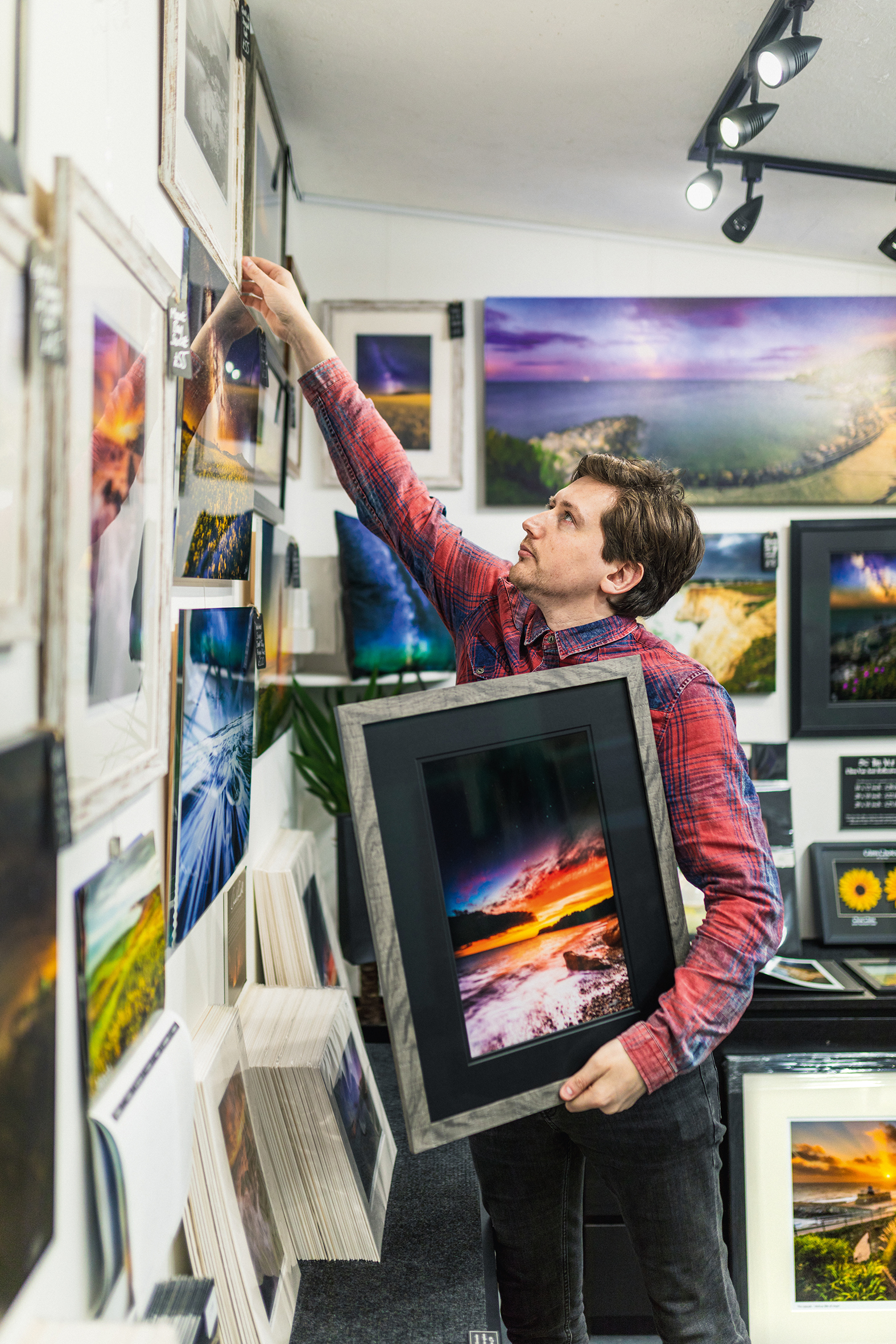 Interested in the universe since he was a child, Chad bought his first camera in 2013, began taking photographs of the night sky from his garden in Ventnor and has had his work featured in The Times and on Canon’s website.

“Due to its southern location and relatively small towns, the light pollution here on the Island is low and you would be hard-pressed to find a darker sky anywhere else in England. Finding unique perspectives and photographing them under the night sky is my biggest passion and I couldn’t think of a more ideal spot to do so than on the Isle of Wight.
My favourite place on the Island has to be Steephill Cove! It’s a real hidden gem. It’s only accessible by foot and on a hot summer’s day, could be mistaken for a secluded cove in the South of France.

The Isle of Wight Festival has to be my favourite event. It gives locals a chance to see some amazing acts and if the music isn’t quite to your taste, the atmosphere alone is worth going for!

I have many great memories of growing up on the Island, but I would have to say my fondest memories were during the school summer holidays. My whole family would take the short drive from Newport to the West Wight to spend the whole day on one of the most beautiful stretches of coastline on the Island, Compton Bay.

If I had one hour to spend on the Island, I would take what is locally known to be the most picturesque strip of road, the Military Road, east towards Ventnor and stop off at Steephill Cove to bask in its unique microclimate and take in the atmosphere with one of their famous crab pasties in hand!”