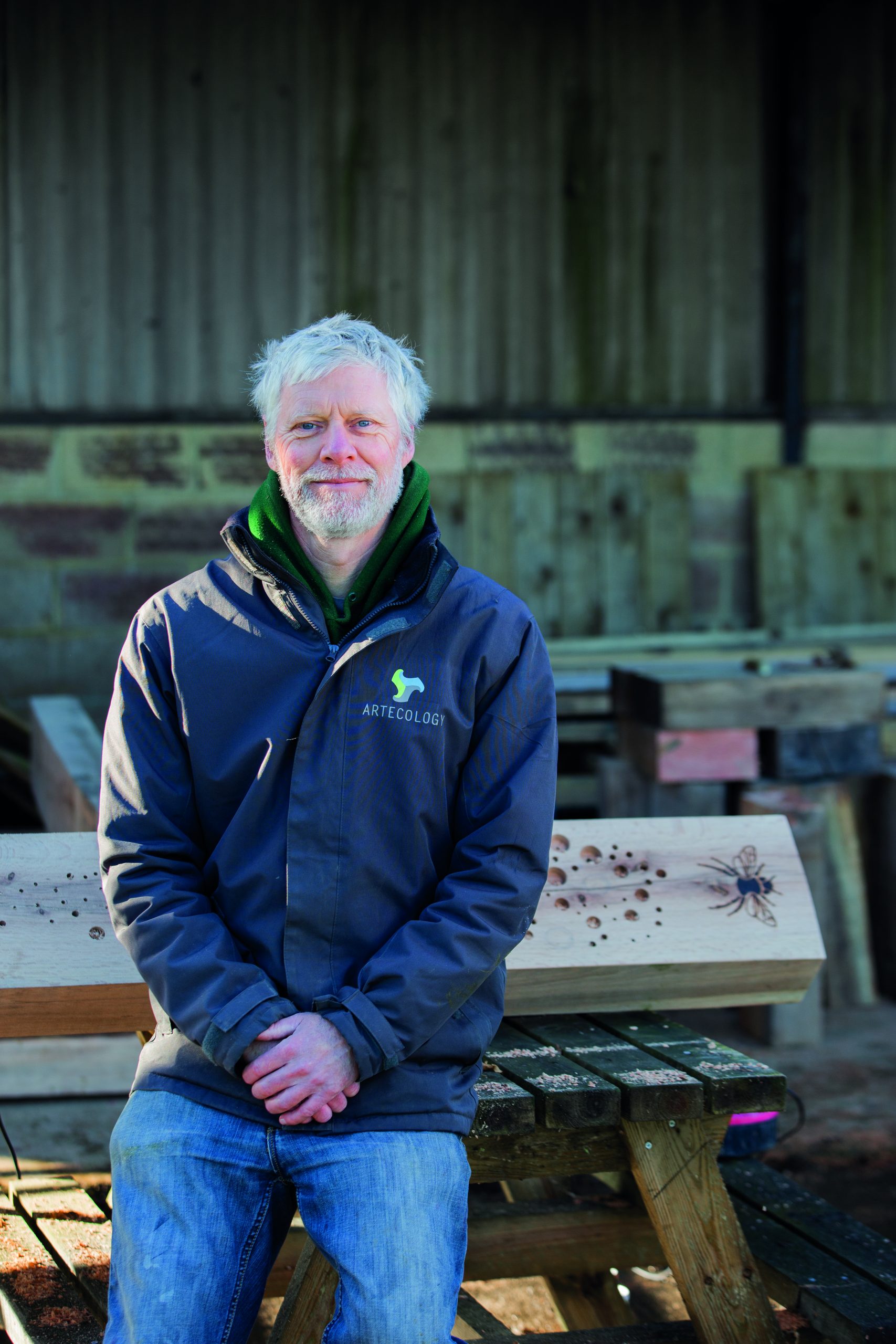 Nigel George is co-founder of Artecology. Living and working out of Sandown Bay, Artecology uses art and science to solve real world problems relating to climate breakdown and biodiversity loss.

“For me, moving to the Island 22 years ago was a revelation, this is the place where I discovered that my work and life could be one and the same thing. I’ve always been fascinated by wildlife, so being surrounded by all this natural beauty was an inspiration to me. I discovered it to be a brilliant centre of artistic and crafting activity.

My favourite place has got to be Sandown Bay. Recently the bay was awarded ‘Best Beach in Great Britain’ by BBC Countryfile Magazine Awards. The bay is in fact three towns, two villages, five miles of walkable beach with a spine of extraordinary natural and managed countryside marking its boundary to the rest of the Island, and all bookended by wilderness on either end of its coastal flanks. To walk Sandown Bay end to end is to travel through 120 million years of natural and human history, from dinosaurs to modern human coastal developments. Once upon a time Charles Darwin gazed upon the bay and was inspired to put pen to paper for his masterpiece ‘On The Origin of Species by Means of Natural Selection’. In Darwin’s day Sandown Bay was a proper cultural quarter attracting scientists and artists from across the world… I think that is starting to happen again now!

Hullabaloo is my favourite event of the year – completely free to visitors, attracting 12,000 visitors last year on an ordinary weekend in May. It attracted exhibiting scientists and artists from across the world from some of the planet’s biggest institutions too – The British Science Museum, The Natural History Museum, The Royal Society plus artists and performers from across the UK.”

Wightlink worked with Artecology to create Vertipools – artificial rockpools – at our Fishbourne port.