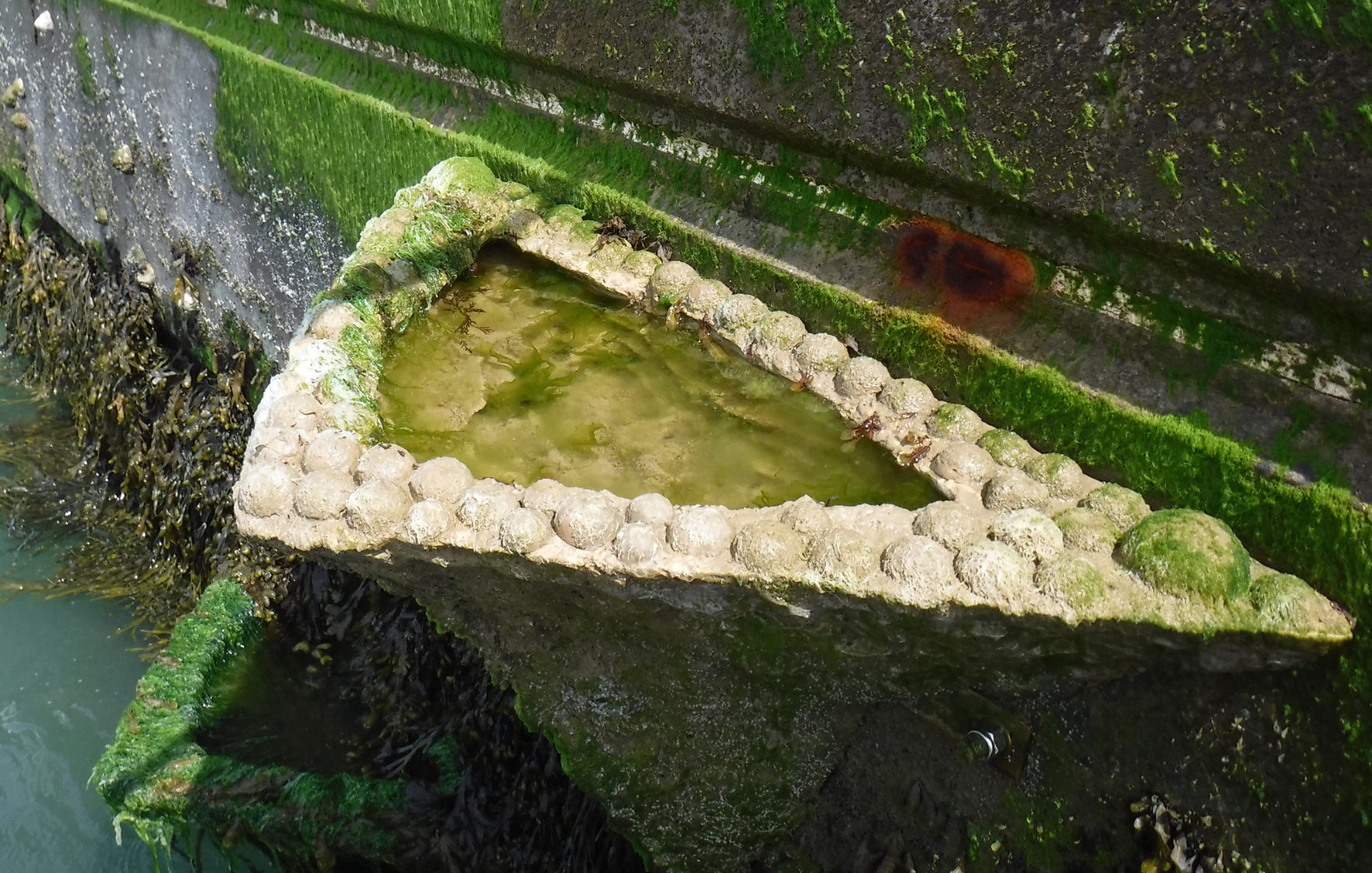 Pioneering artificial rockpools (or ‘vertipools’) attached to the side of Wightlink’s harbour in Fishbourne, Isle of Wight last year are already attracting a fascinating range of Solent marine life.

A survey in June 2018 found 29 species including crabs, barnacles and sea squirts living inside the triangular-shaped structures. They are covered by the sea at high water and can be seen when the tide falls.

Isle of Wight consultancy Artecology designed and installed six vertipools in 2017 as part of the ferry company’s £45million investment in a new ship for the Portsmouth route and improved port facilities.

“As a marine scientist myself, I’m amazed at the biodiversity in our vertipools and I was proud to learn that Wightlink has been the first company to install them,” says Nicola. “I’m sure most of our staff would be astounded to see the richness of marine life beneath the waves.”

Ecologist Ian Boyd adds: “Vertipools are a true Island innovation and it’s marvellous to see them being deployed with such effect right here at home. Artecology is all about creating a built environment more favourable for wildlife and Wightlink is helping to do just that.”

Dr Alice Hall will be monitoring the vertipools twice a year to keep track of the different species that inhabit them. She says: “The vertipools at Fishbourne have colonised very well and are supporting a wide range of species which would otherwise be absent from the concrete structure. They are also providing a refuge for animals such as crabs and sea spiders when the tides falls. I look forward to monitoring them further to see how they change and develop over time.”

Wightlink Chief Executive Keith Greenfield spoke about the company’s green initiatives at the Isle of Wight’s inaugural Environmental Conference at Cowes. “We operate ferries in some of the most beautiful waters of the country and do our best to be as environmentally friendly as possible. We are delighted to provide a location for the vertipools and look forward to seeing how the project develops,” he says.