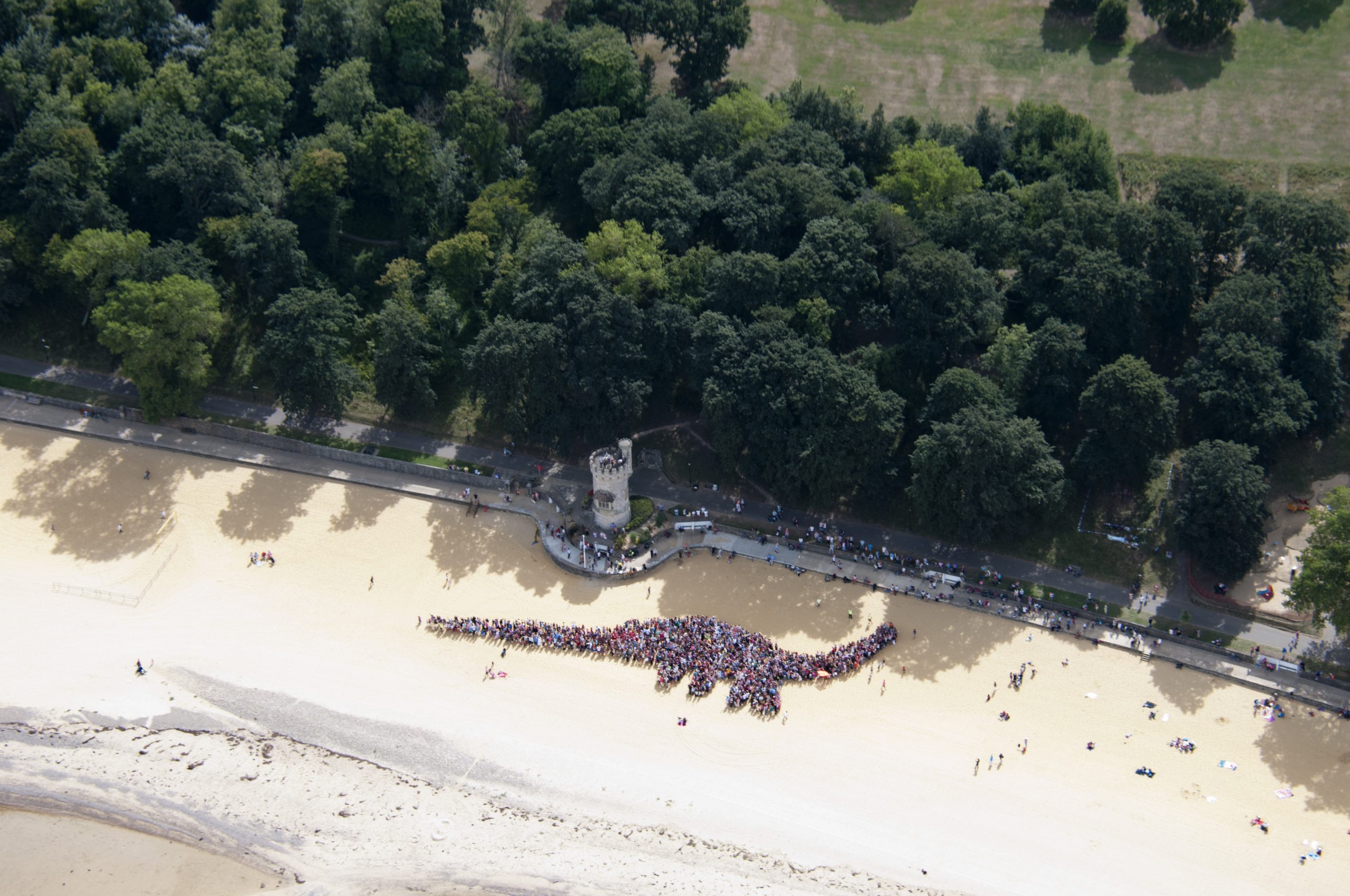 Earning the title of the UK’s dinosaur capital, the Isle of Wight is home to more dinosaur remains than anywhere else in Northern Europe. The Island’s diverse geology and abundance of fossils dating back to over 120 million years ago, make it the perfect spot for Jurassic discoveries. Just a stone’s throw away from the mainland, families can be on The Isle of Wight in just 22 minutes with our FastCat foot passenger sailings between Portsmouth Harbour and Ryde Pier Head, with  kids travelling free during school holidays.

This August marks the 20th anniversary of Dinosaur Isle, Britain’s first ever dedicated dinosaur museum and one of the Isle of Wight’s top prehistoric attractions. And with plenty more Jurassic adventures to be had, here we round up the top five to be discovered across the island this summer…

This impressive dinosaur museum pays homage to the area’s extensive prehistoric past with over 1000 fossils, life-like technology and fun interactive displays. Visitors are welcomed into the impressive pterodactyl shaped building to view the esteemed collection of fascinating fossils, curated for the last 200 years. When wandering through Dinosaur Isle’s recreation of ancient landscapes, kids will be wowed by life-sized skeletal and animatronic versions of the Isle of Wight’s most famous dinosaurs.

Featuring the UK’s largest animatronic T-Rex, families are invited to brave the mysterious Restricted Area 5 at Blackgang Chine and get up close and personal with the park’s cheeky resident dinosaurs at the new Dino Enclosure.

The UK’s oldest amusement park will be putting on a roaring show this summer, with ‘Triassic Tuesdays‘ taking place throughout (27th July, 3rd, 10th, 17th & 24th August), where little ones can take part in of dino feeding time or lend a hand in one of the dino training shows. The bravest prehistoric explorers can venture into the ‘Lost Temple’ for Jurassic Hunt – a live interactive walkthrough experience, new for 2021.

There’s nothing more exciting than embarking on a fossil hunt. Visitors can explore the Isle of Wight’s fascinating geological past with experts on tours such as Dinosaur Fossil Hunts, Dinosaur Expeditions and Footprint Tours, discovering real dinosaur footprints and other prehistoric treasures. Kids can learn how to spot their very own fossils on the island’s beautiful beaches, such as Brook, Compton Bay and Yaverland where over 20 species of dinosaur across all three of the major periods: Triassic, Cretaceous, and Jurassic, have been found on the Isle of Wight.

Kids can hop on board one of the bright orange jeeps and take a lap of the land before time at The Needles Landmark Attraction in Totland Bay. The Dino Jeep Safari is one of the many rides for little adventurers to enjoy at the Isle of Wight’s iconic Needles, which is also home to an 11-hole Jurassic Adventure Golf course. Traverse the rocky twists and turns, past giant dinosaurs and skeletons on a course that is fun for all the family. Explorers can get a bird’s eye view of ‘Dinosaur Island’ on the iconic chairlift or take a trip around the dramatic Jurassic coastline on a boat trip from the jetty nearby.

Home to the most complete brachiosaurus dinosaur skeleton in Western Europe, discovered in 1992, the Dinosaur Farm is a must-see during any young, aspiring paleontologist’s visit to the Isle of Wight. The Dinosaur Expeditions, Conservation and Paleoart Centre displays an incredible array of fossils and art depicting the pre-historic environment. Children are encouraged to get involved in fun activities such as constructing huge 3D dinosaur jigsaws or go digging in the fossil sandpit. Center is due to open again on  Sunday 25 July 2021, following a refurbishment.

This summer kids go free when travelling to the Isle of Wight with Wightlink – the leading eco-friendly provider of cross-Solent travel. Tickets for under-fives’ are always complementary and now, two children aged 5-15 can also travel for free with every adult or senior foot passenger day return ticket. You and your family can be on The Isle of Wight in just 22 minutes using the FastCat foot passenger sailings between Portsmouth Harbour and Ryde Pier Head.

When hopping on a Wightlink ferry on foot, everyone can bring a bicycle for free, so the whole family can get active and cycle through some of the most scenic countryside in the UK together. Dogs are, of course, part of the family and can join free of charge on foot or in the car, to enjoy one of the most dog-friendly places in Britain – with rolling countryside, walks galore, vast beaches and dog-friendly pubs along the way.

For longer stays or for those on a road trip, the car ferry takes just 40-minutes from Portsmouth and Lymington.