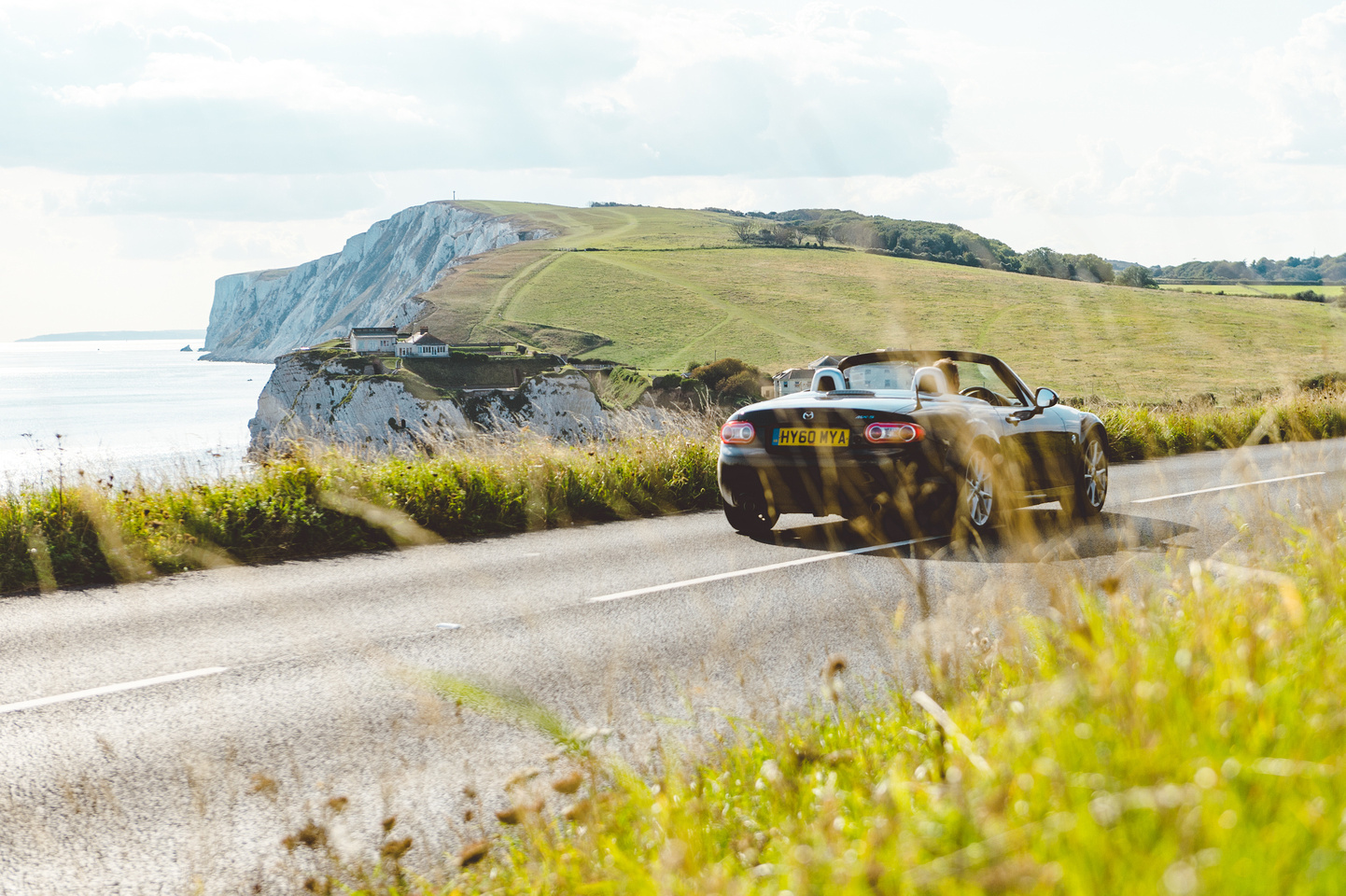 Top 5 scenic views on the Isle of Wight

The Isle of Wight, being an island and all, boasts some rather spectacular views in all directions. Pretty much anywhere you find yourself along the coastline, you’ll get unforgettable vantage points of the Solent or the English Channel.

To help you plan your trip, here are five lookout highlights that should be on every itinerary.

Tucked away in the forestry of the Isle of Wight’s southeastern coastline is Shanklin Chine, a breathtaking natural gorge which has been carved out by waterfalls over thousands of years. It‘s a blissfully tranquil tree-lined path from Old Village to the sandy beach and esplanade below.

The chine is a marvel to witness by day, but pay a visit during its ‘Lumière Illuminations’ season each year to behold vibrant stunning nighttime colours. No matter when you visit, the views out over the beach and the sea beyond are as picturesque as it gets.

Shanklin Chine also has its own eatery offering up homemade cream tea — a local favourite for over 200 years.

Arriving by Wightlink’s FastCat into Ryde? You’ll immediately be blessed with views from the pier leading from the port to the shoreline, completely surrounded by the water. Ryde is a seaside town ideal for rambling beach walks, and whether you’re on the pier, the sandy coast, or up in the high street, you’ll love the northward views of the Solent and Portsmouth’s skyline.

Stroll to Appley Beach for some of the absolute best views in Ryde, especially when you climb Appley Tower, a distinctive gothic landmark doubling up as a fantastic seaward vantage point. Binoculars and 300mm camera lenses at the ready!

Going the distance in Ventnor

Reach Ventnor Beach via Shore Hill and you’ll be welcomed by a sloping, winding, flower-lined road, a top-down view of scaled-down Isle of Wight, and beautiful south-facing views.

Don’t just gaze out from the beach, though — the circular structure on the promenade makes for a perfect lookout spot, and is complete with paving markers showing you how far away various cities are, from Portsmouth to Sydney.

Head to the most-westerly tip of the Isle of Wight to explore the marvels of the natural coastline, discovering The Needles rock formations, the Trinity Lighthouse, and the multi-coloured sands of Alum Bay’s cliff faces. For a truly unique scenic view, glide from the top of the cliffs to the beach below in the Island’s renowned suspended chairlift!

The sea is stunning, of course, but hop aboard a boat tour around the Needles and you’ll be just as blown away by the close-up views of the rock formations and the wider vantage point of the vibrant cliffs.

A view fit for a king

Travel across from Wightlink’s port in Lymington to Yarmouth (or if you’re already on the island, venture north of the Needles and Alum Bay), and you’ll find Yarmouth Castle overlooking the Solent. Watch the sea from the same spot King Henry VIII did — this castle was one of the final and most complex additions to his coastal defences.

The artillery bastion is the prime lookout spot. While you’re there, take the chance to gaze back in time through the lens of the castle’s atmospheric recreations of how rooms were used back in the 16th century. Oh, and the cannons make for a brilliant photo opportunity!

After a quick price for your Isle of Wight ferry journey?

Fill in the form below for an indicative from price.*