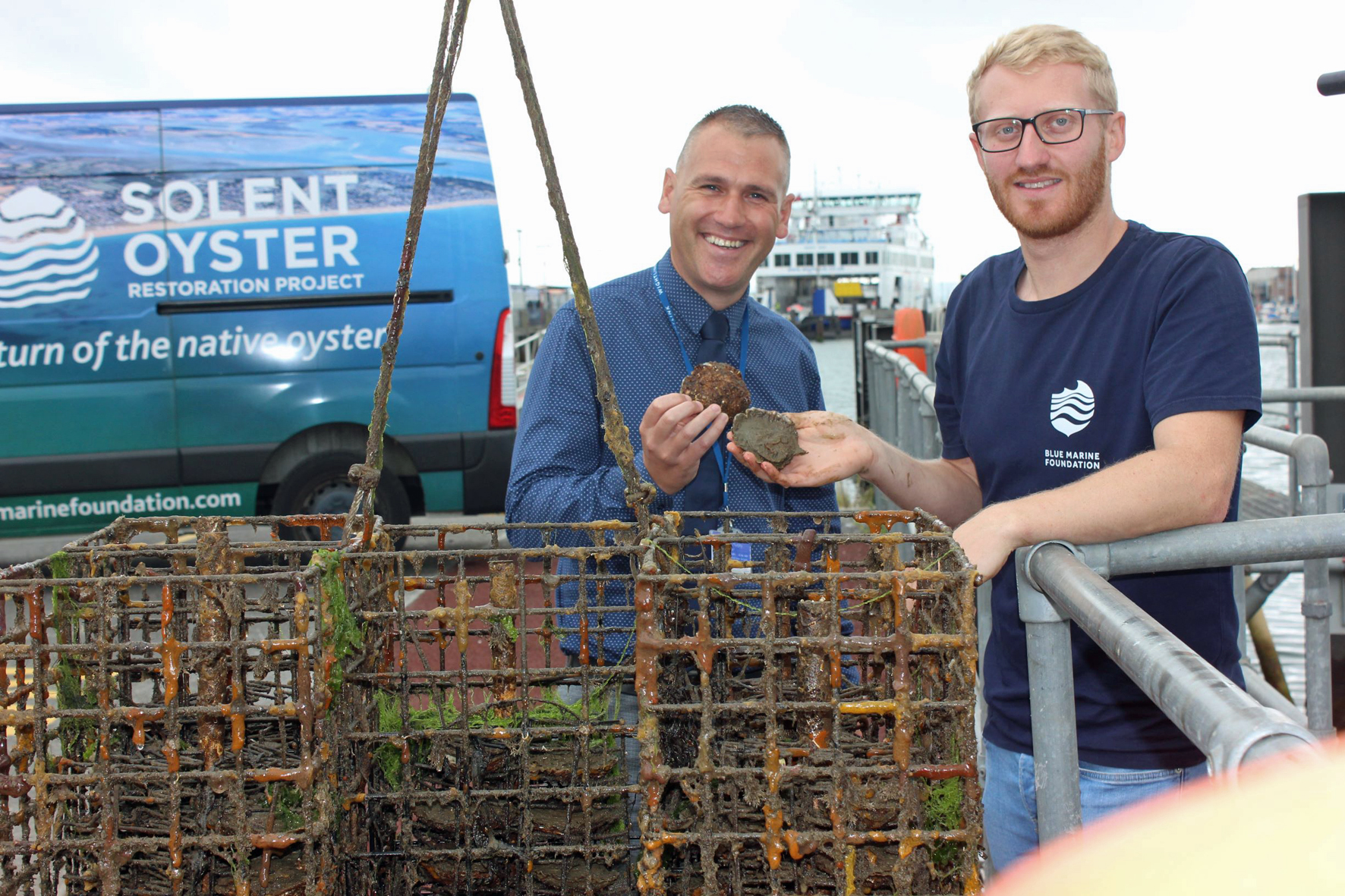 Oyster baby boom in the Lymington River, thanks to a Wightlink initiative

Up to an incredible 120 million oyster larvae are being released into the Lymington River under a new environmental project involving Wightlink.

The recent bivalve baby boom is the product of a colony of 300 oysters introduced to Wightlink’s terminal at Lymington as part of ongoing work with scientists at the Blue Marine Foundation, the University of Portsmouth and University of Southampton. While only a fraction of the larvae will go on to reach adulthood, the natural cycle of the colony nevertheless plays an important part in supporting the nearby ecosystem.

The ferry company is also working with the Blue Marine Foundation, the Zoological Society of London and the University of Portsmouth to record the native oyster population in the waters off the Isle of Wight. Both projects are part of Wightlink’s green initiative, aimed at reducing its carbon footprint and operating in harmony with the Solent’s marine environment.

“Tragically, reefs have declined by 95% around the UK’s coastline and their critical inputs have been lost from the environment. In order to increase the number of breeding oysters within the Solent, we have been working with Wightlink and other partners to create high density populations which release millions of larvae.

“The new colonies, suspended in nurseries underneath pontoons, have been shown to provide a refuge for other marine life. Up to 130 different species having been found living within the colonies so far, including critically endangered European eel, juvenile spiny seahorse and sea bass.”

Wightlink Chief Executive Keith Greenfield says: “As we cross the Solent almost a thousand times a week, we want to make a real contribution to enhancing the environment beneath the waves. We are fortunate to be operating in an area that has a wealth of scientific know-how to help us to do that. These experts are helping us to make sure what we do really does have a positive impact on the Solent’s diverse ecology.”