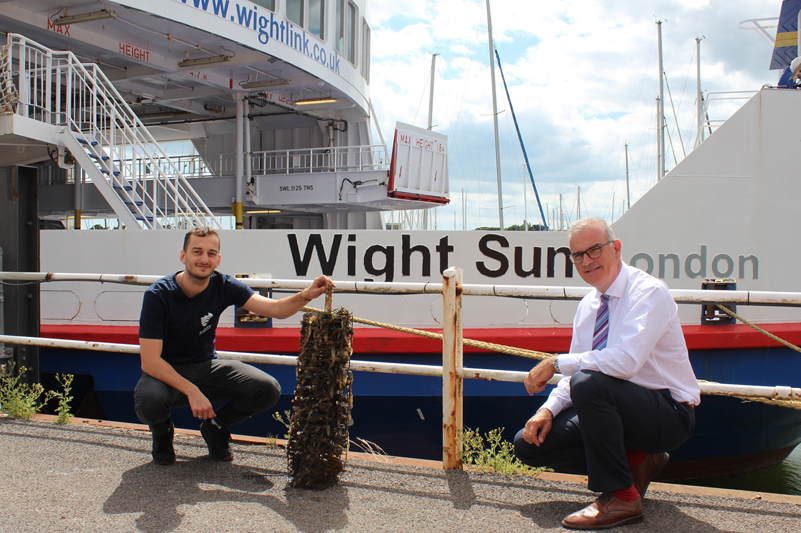 Oysters are back in the Lymington River, thanks to Wightlink

Oysters are back in the Lymington River, thanks to Wightlink.  Wightlink has partnered with the Blue Marine Foundation (BLUE) to place cages containing hundreds of young oysters into the Lymington River as part of its initiative to re-introduce the shellfish to the Solent.

“Oysters are very effective in improving water quality and removing pollutants, just one of them can filter up to 200 litres of water a day,” says Wightlink’s Chief Executive Keith Greenfield. “We share the Foundation’s aim to restore five million oysters to the Solent to re-establish a controlled fishery and are following its programme with interest.”

BLUE’s team has placed cages of mature ‘brood stock’ oysters in the Lymington River as part of Wightlink’s port. They will release millions of larvae into the Solent.

The Foundation’s oyster cages have been shown to provide a refuge for other marine life, with 97 different species having been found living inside them elsewhere so far, including critically endangered European eels, juvenile spiny seahorse and sea bass.

Jacob Kean-Hammerson, Solent Project Manager at BLUE, says: “We are delighted to be working with Wightlink on the Solent Oyster Restoration Project with the introduction of a new brood stock cage site at the Lymington ferry terminal. Housing oysters here in the west of the Solent is another step towards the recovery of this important species.”

Supporting the Blue Marine Foundation is part of Wightlink’s Green Agenda, which began with the arrival of its hybrid energy flagship Victoria of Wight. The ferry company is also emphasising recycling, cutting emissions by promoting electric vehicles through installing charging points at ports. It has also pioneered selling locally produced food and drink in its Wight Taste outlets.