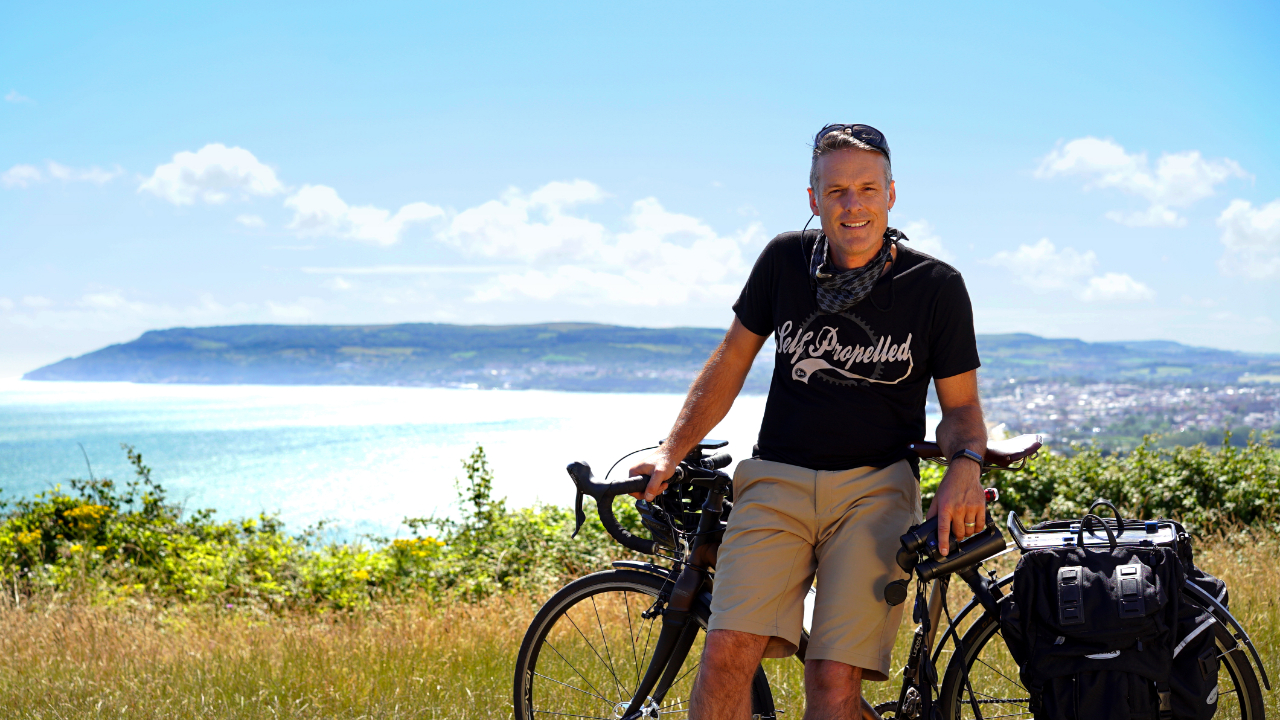 In celebration of the Isle of Wight’s UNESCO Biosphere status, Wightlink, the leading provider of cross-Solent travel, invited wildlife-lover, TV presenter and Isle of Wight devotee, Nick Baker, to the Island to take travellers on a journey to visit his favourite spots, hidden gems and new finds. Nick has always held the Isle of Wight close to his heart having spent his fondest childhood holidays there. Naturally, when embarking on this nostalgic tour of the Island, Nick opted for his favourite mode of transport: his trusty bike.

“Wightlink was delighted to host Nick Baker on the Isle of Wight. His enthusiasm for the Island’s natural beauty shines through in this video and we’re pleased that Nick had such a terrific time. We believe that the end result highlights the appeal of both Wightlink and the Isle of Wight,” said Keith Greenfield, Wightlink CEO. “Cycling is one of the best ways to explore the Island’s country lanes and bikes go free on all of our ferries, so viewers can easily hop on and follow Nick’s trail.”

“The Isle of Wight has always been a very special place to me and I’m thrilled to have the opportunity to work with Wightlink to highlight to visitors how easy and enjoyable it is to access the Island and to experience a break that’s quite unlike anywhere else in the UK,” said Nick Baker. “From starting my journey onboard Wightlink’s Victoria of Wight flagship ferry, to cycling across the Isle of Wight’s spectacular landscapes – with more than a few exciting wildlife spotting opportunities along the way, I’ve loved every minute of my first getaway post-lockdown and hope to inspire others to do the same.”

Take a look at the Nick Baker’s Isle of Wight video here.

With nearly half of the Island classified as an Area of Outstanding Natural Beauty, the Isle of Wight is home to some of Britain’s finest landscapes. From glorious coastlines to blossoming meadows and woodlands it can be hard to know where to start. Luckily, Nick’s itinerary gives travellers the ideal template to explore the Island’s natural environment:

How to get to the Isle of Wight

The Isle of Wight is just a 40-minute ferry ride away with Wightlink and summer-saving weekday deals are now available on both the Portsmouth – Fishbourne and Lymington – Yarmouth routes when travelling with a vehicle. The prices below are valid on travel taken by 30 September 2020 and bookings made before 31 August 2020.

Short breaks on any route from £90 per car
Travel out before 09:01 on a Tuesday and return after 17:59 on Thursday the same week.

Travel on foot (including your bike!) from £14.40
Wightlink’s FastCat passenger service takes just 22 minutes, with the port conveniently located inside Portsmouth Harbour Train Station – so is perfect for those travelling by train.

For further information and/or to book tickets, visit wightlink.co.uk