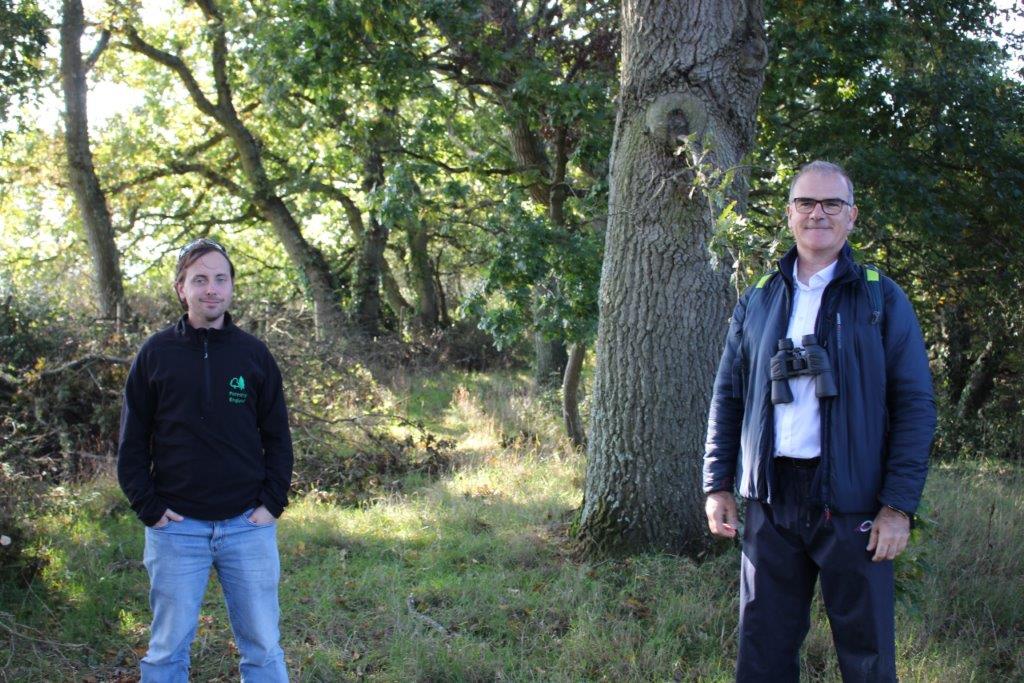 White-tailed eagles fly high above the Isle of Wight, thanks to Wightlink and conservation partners

Wightlink has been working with the team behind the wildlife project. It is part of a monitoring group representing a range of local and national organisations supporting the project run by Forestry England and the Roy Dennis Foundation. The company has also provided complimentary ferry travel to team members working on the re-introduction of the rare birds of prey to England.

During the day, Keith got an insight into the progress of the second group of eagles released this summer and how they have settled into their new surroundings. The ambitious project aims to re-establish a population of up to eight breeding pairs over the next five years.

“We are really grateful to Wightlink for their support and involvement with the project. I am glad we managed to see some of the birds on our travels and experience just how special they are in the skies above the Island,” says Steve.

“Although we are only two years into a five year project – and it will take time for the young eagles to become established – we are pleased with progress so far, we hope that from the initial translocated birds we might establish a population of six to eight breeding pairs in southern England. Hopefully, white-tailed eagles will become a familiar sight on the south coast in the not too distant future.”

Keith comments, “I felt hugely privileged to see these magnificent creatures in this beautiful Island habitat, they are clearly thriving in their surroundings. We are delighted to play a part in supporting the team behind this important project and look forward to following the progress of the birds as the project develops.”

This year, seven birds were released on the Isle of Wight, joining four birds from last year’s release. Sea eagles have been absent from the south coast for 240 years so their reintroduction is hugely significant.