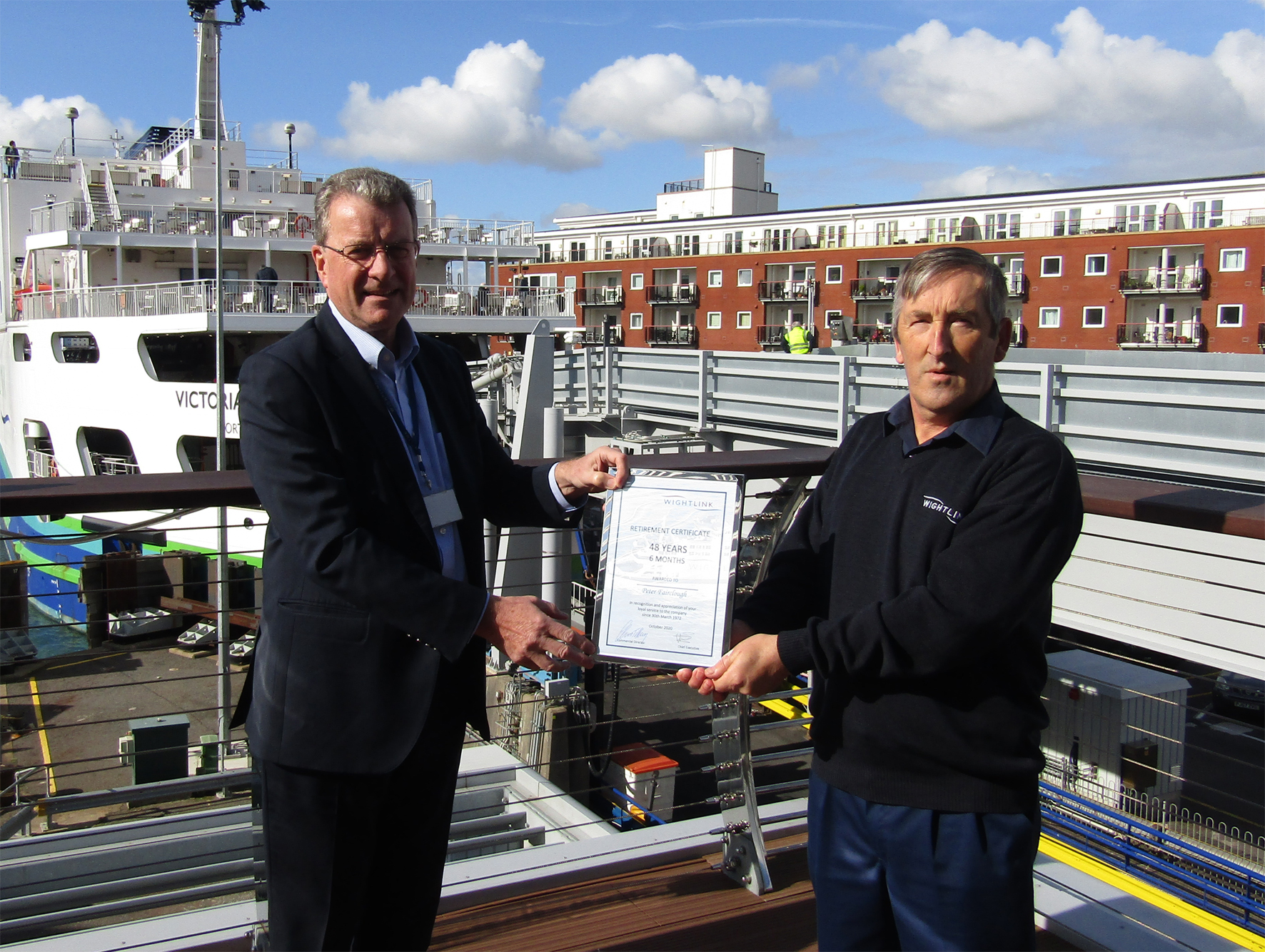 Long-serving employee Pete Fairclough has sailed the Solent for the last time as a member of Wightlink’s crew.

Colleagues wished him well when he retired on Sunday following 48 years and six months at the Isle of Wight ferry company, based in Gunwharf Road in Portsmouth.

Pete grew up in the city, near the dockyard, and joined Wightlink at 16, as a stores boy, when the route was run by British Rail. He has worked on the ferries as a cleaner and also as an assistant steward.

“I have lots of happy memories, especially of the people I’ve worked with over the years,” he says. “I’ve been on board the ships in all weathers. I remember once throwing some water down on the deck to clean it and it was so cold it immediately turned to ice.”

Commercial Director Clive Tilley says: “Pete has been an exemplary member of the Wightlink team. Over the years he has kept up to pace with the many changes that have taken place to Wightlink’s fleet but always ensured that the very highest standards were maintained regardless of which vessel he was working on. I know he will be missed by all of us at Wightlink but I wish him all the best for a long and happy retirement.”

Pete now expects to be busy decorating in retirement as well as spending more time with family – his wife Jane and their two sons and three grandchildren.