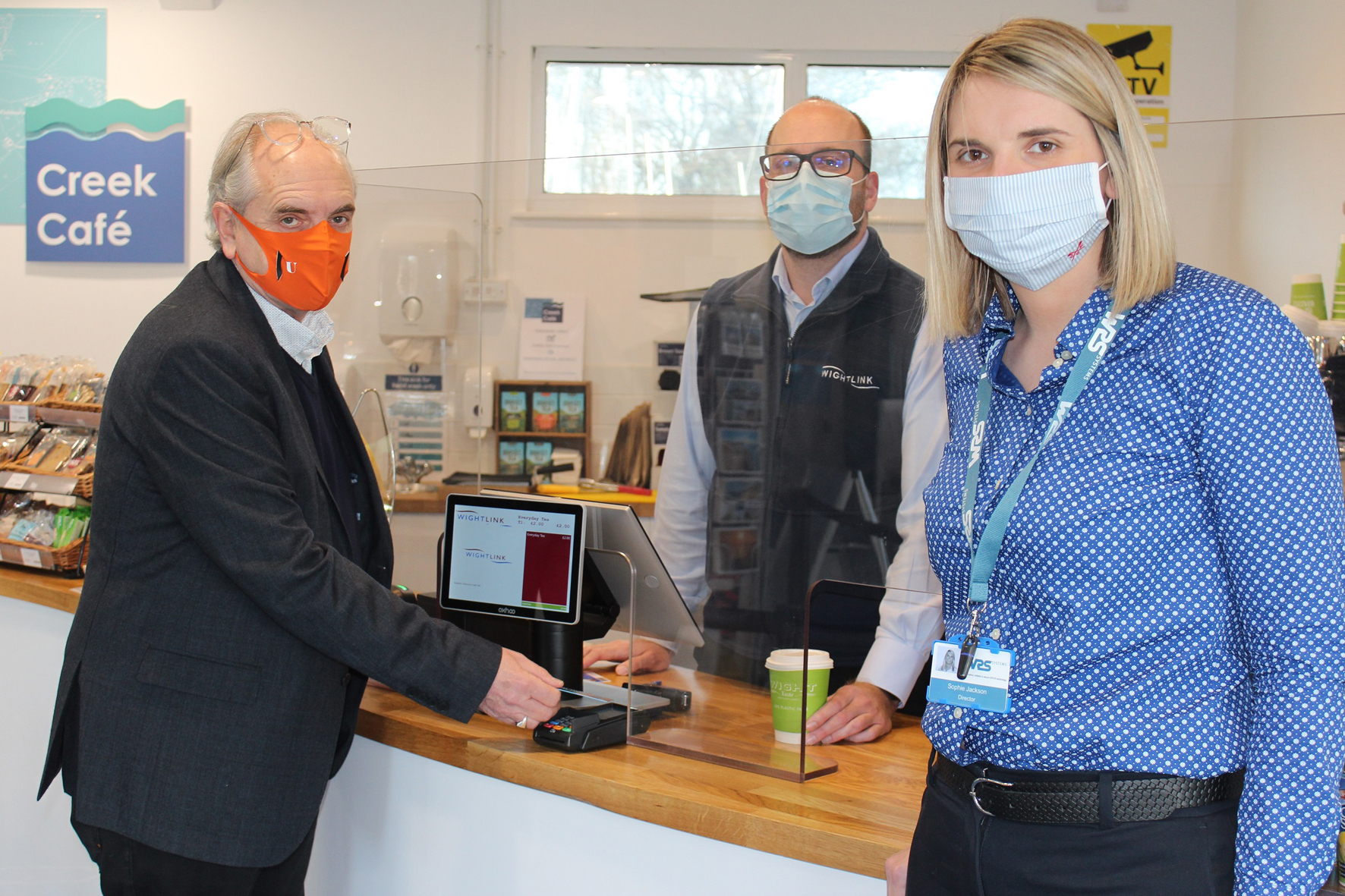 State-of-the-art payment terminals developed by Isle of Wight based company WRS Systems have been installed across Wightlink’s 15 shops and cafés.

The new payment system has improved functionality and security, and its swift processing speeds up transactions, resulting in shorter queues on ferries and at ports.

Established in 2003 by David Jackson, WRS Systems develops electronic hardware, data management and support systems for the hospitality industry. The company has grown from a small family business, with a team of six, to an industry leader employing 41 from its base in Newport. It has an impressive client list, including popular coffee chain Costa, which has outlets at Wightlink’s ports and onboard its ferries.

“We’re thrilled to be working with Wightlink”, says David. “As an Island company which now supports clients far and wide, we are delighted to work with a business closer to home which plays such an important role in Island life.”

Wightlink’s Head of Retail Simon Lewis says: “WRS Systems is a local company with outstanding customer service. Their systems are second-to-none and will enable us to improve our efficiency while supporting the Island’s economy.”