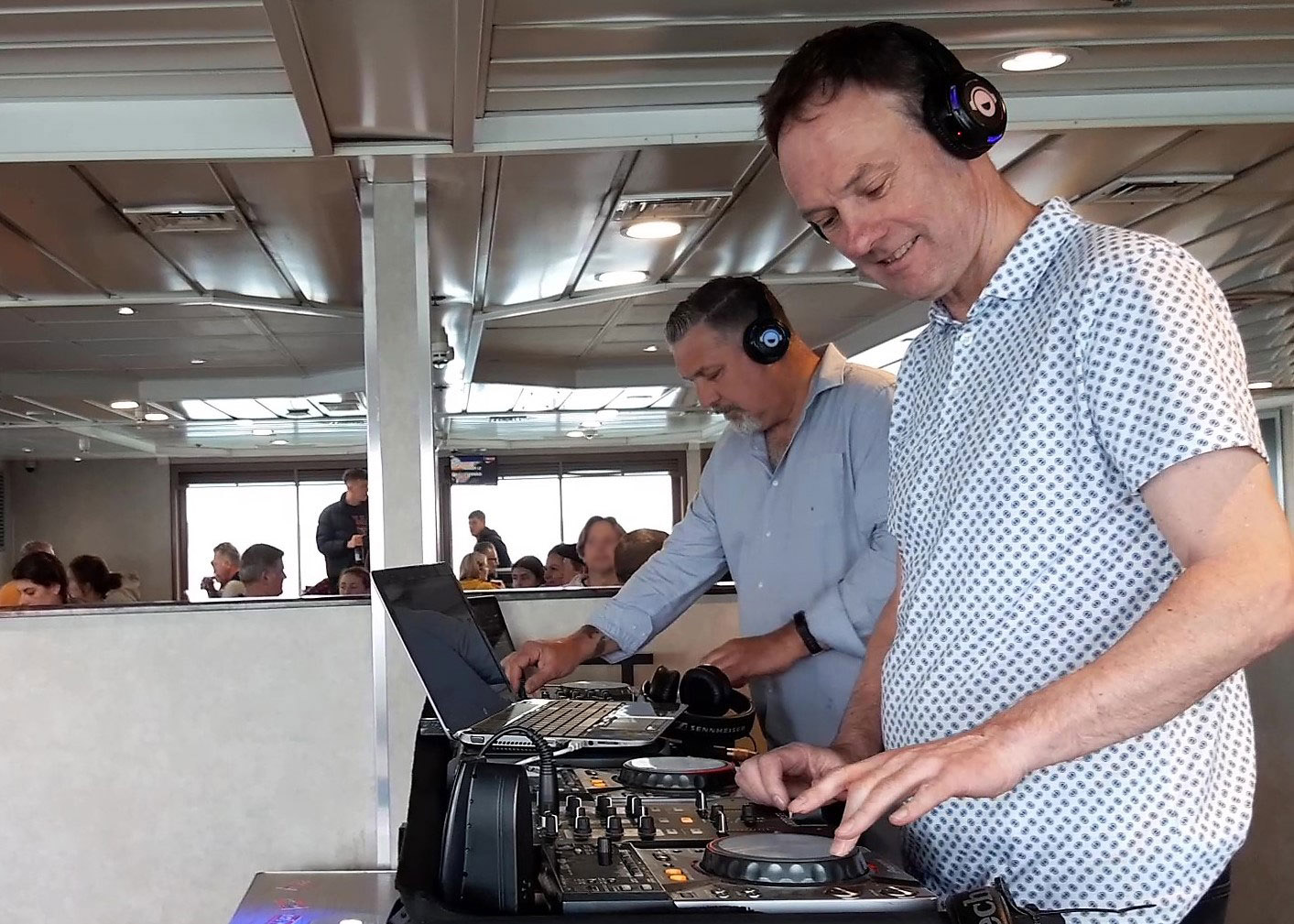 Festival-goers travelling with Wightlink will be treated to a ‘deck disco’ at its Portsmouth car ferry terminal while they wait for their ferries to the Isle of Wight Festival on Thursday (16 June).

Musical entertainment will be provided by DJs from Isle of Wight-based Hush. Although they normally host silent discos, the trio will be turning up the volume on the upper car deck to get people in the mood to party.

Hush – DJ Crabbie, DJ Josh Peverley and DJ Stu Murray – will then head to the Isle of Wight Festival themselves where they will be providing the silent disco at The Intoxicated Tea Rooms.

Festival 2022 will see performances from Lewis Capaldi, Kasabian and Muse, as well as many local singers and bands, including students from the Isle of Wight’s Platform One College of Music.

Ferry passengers may even spot some famous faces during their sailing. In past years, celebrities such as Tom Jones, Roger Daltrey, Noel Gallagher, Rag ‘n’ Bone Man, Run DMC and the Stereophonics, have been on board and were happy to chat with fans.

Wightlink Chief Executive Keith Greenfield says: “We’re excited to see the Isle of Wight Festival return to its usual spot in June and are looking forward to welcoming thousands of music lovers as they travel to the Island for what promises to be a spectacular weekend.

“We are hoping to get the party started early with some entertainment at our Portsmouth car ferry terminal thanks to our friends at Hush. Everyone will be able to feast on goodies from Wightlink’s Camber Café from Island suppliers including Grace’s Bakery, Calbourne Classics, Briddlesford Farm and Island Roasted with refreshment from Island Ales, Isle of Wight Distillery and Wight Crystal – while enjoying the music.

“Everyone at our ports and on our ships and FastCats is ready to welcome revellers on this busy but fun weekend.”

Picture caption: DJ Crabbie and DJ Stu Murray from Hush perform onboard a Wightlink ferry during the 2019 Isle of Wight Festival