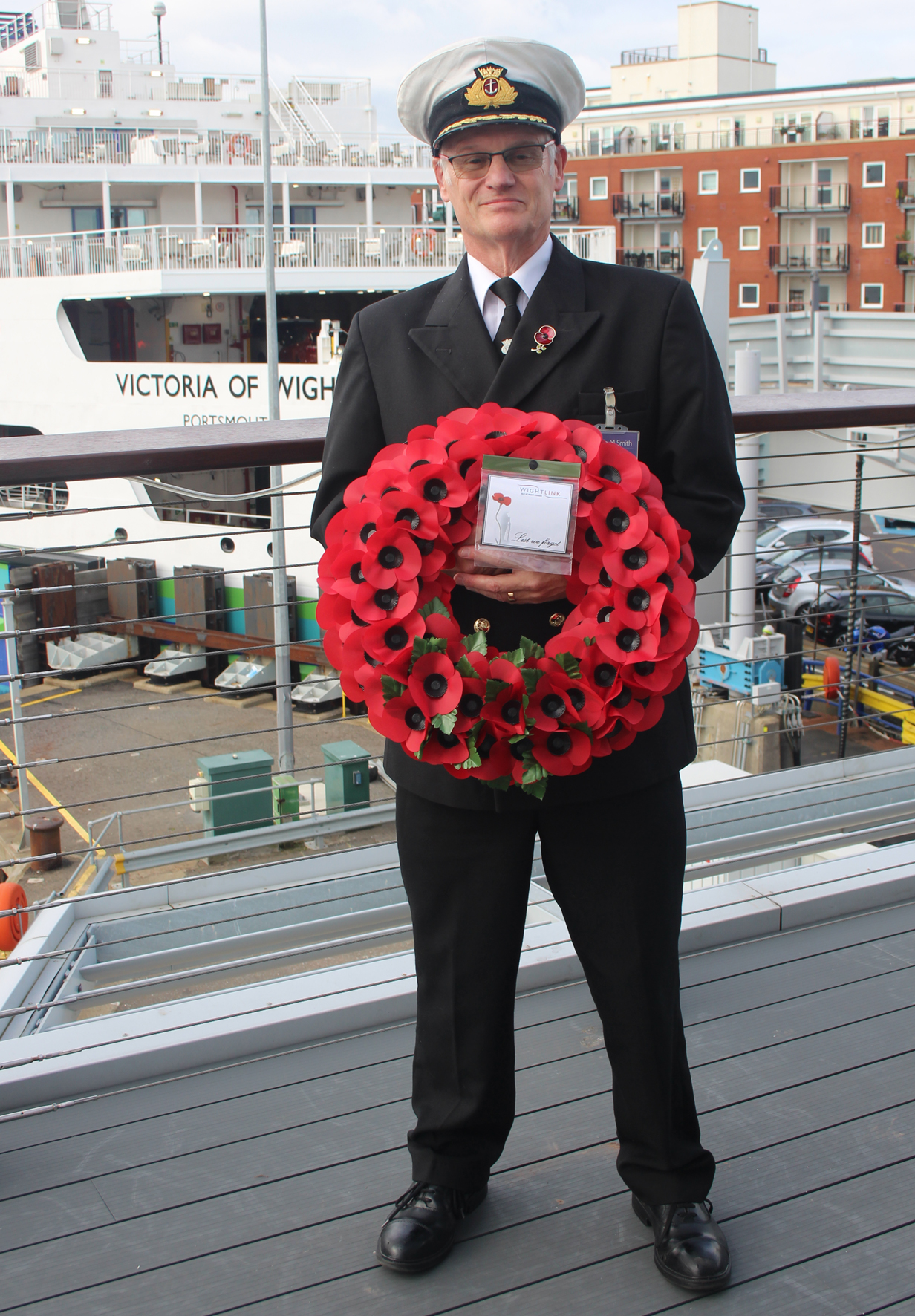 Captain Mike Smith will present Wightlink’s wreath at the annual Remembrance Service at the Merchant Navy Memorial in London, to remember the seafarers who lost their lives in two world wars.

The Memorial at Tower Hill commemorates more than 36,000 merchant seamen who died during the First World War and Second World War and have no grave but the sea. Their names are recorded on stone tablets. The Memorial stands in the gardens of the seafarer’s charity Trinity House, within sight of the River Thames.

Captain Smith says: “Before joining Wightlink, I worked for BP. During the Second World War, 50 of the company’s tankers, half of the entire fleet, were sunk including many in the Atlantic and Arctic convoys. In all, 657 merchant seamen lost their lives. I also worked for P&O which lost 179 ships. When I see the names of the crew who died on the Memorial, I am reminded once again of their bravery in those dark days.”

The Captains of all Wightlink vessels will invite crew and customers to observe the two minutes’ silence to remember those killed in armed conflicts on both Thursday 11 November and Sunday 14 November.

Wightlink Chief Executive Keith Greenfield says: “Every year, we remember our fellow seafarers who lost their lives in wartime. It is difficult to imagine what they went through to keep vital supplies reaching our shores. I am grateful to Captain Smith for representing us this year.”

Wightlink’s predecessors, Southern Railway’s fleet of ferries, kept sailing through the Second World War. Early in the morning of Saturday 20 September 1941, the paddle steamer Portsdown hit a mine, which had been dropped by a German bomber near Spitbank Fort. A massive explosion tore the ship in half and the Captain and seven of his 11-strong crew were killed, along with 20 passengers.

Three paddle steamers were requisitioned by the Royal Navy and converted to armed minesweepers. Sandown, Ryde and Whippingham saw service supporting the Normandy landings shortly after D-Day. Earlier in the war, Sandown, Portsdown and Whippingham evacuated more than 5,000 troops from the beach at Dunkirk, despite heavy bombing and machine gun fire.

Picture caption: Captain Mike Smith will be presenting the Wightlink wreath at the Merchant Navy Memorial on Remembrance Sunday